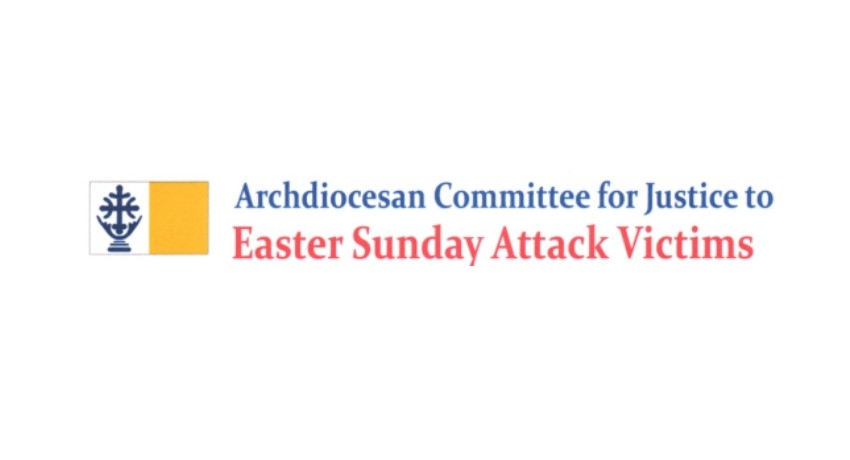 Colombo (News 1st);  The Archdiocesan Committee for Justice to Easter Sunday Attack Victims says that anyone who fails to carry out his or her responsibilities to ensure law and order is encouraging or assisting criminal behavior.

“We wish to underscore that every effort should be made to implement or at least initiate the first steps in order to implement the foregoing demands before the 21st of April 2021 which is the second anniversary of the attacks,” it added.

The statement further noted that “When we look at the way the Criminal Investigations Department and all the other relevant State Institutions handle intelligence and find out the culprits who commit other crimes in the country taking action against them speedily, it baffles us as to why, after well-nigh two years, they cannot do so in this case, getting at the culprits who murdered 269 innocent human beings and injured seriously over 300 others, some of whom remain maimed and made to go from hospital to hospital for the rest of their life.”

“This makes us wonder whether there are any external interferences that hamper the efficiency of these institutions in finding out who the real culprits are and in prosecuting those responsible for the attacks. If this does not happen, we are left with no other option but to intensify further our protest action and to extend it to the whole country,” the statement added.

READ THE STATEMENT IN FULL BELOW: 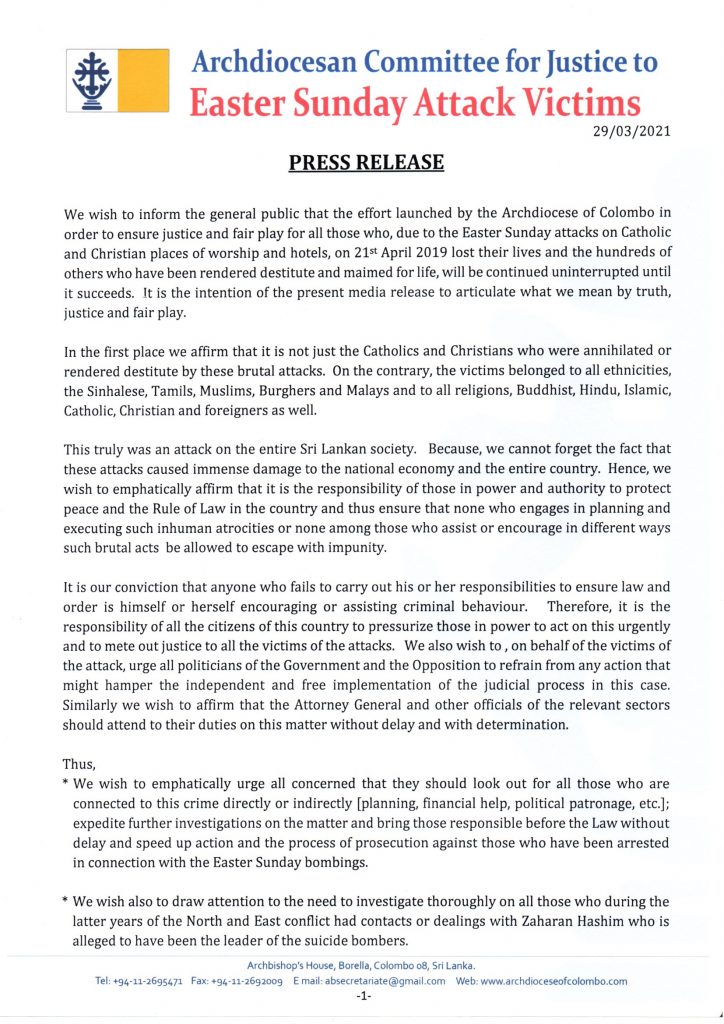 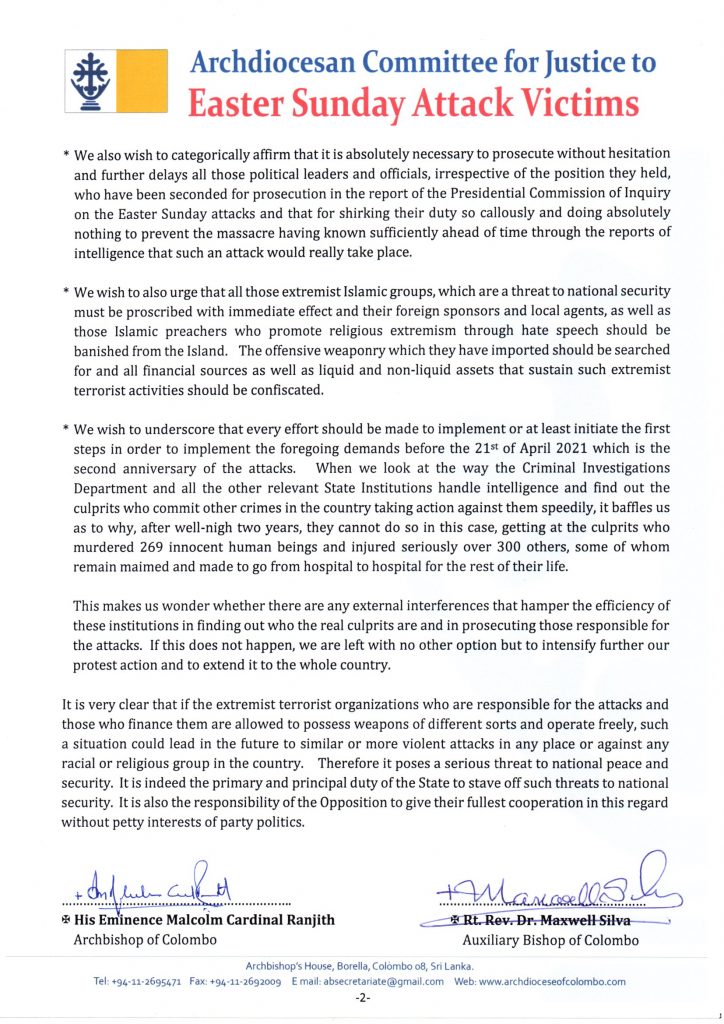 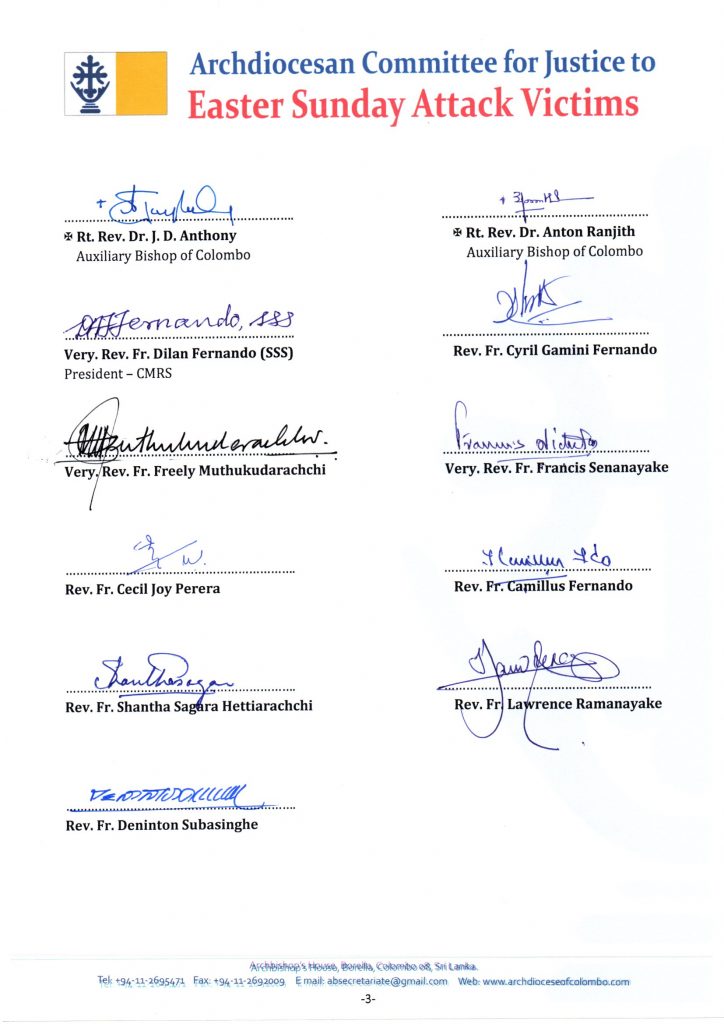