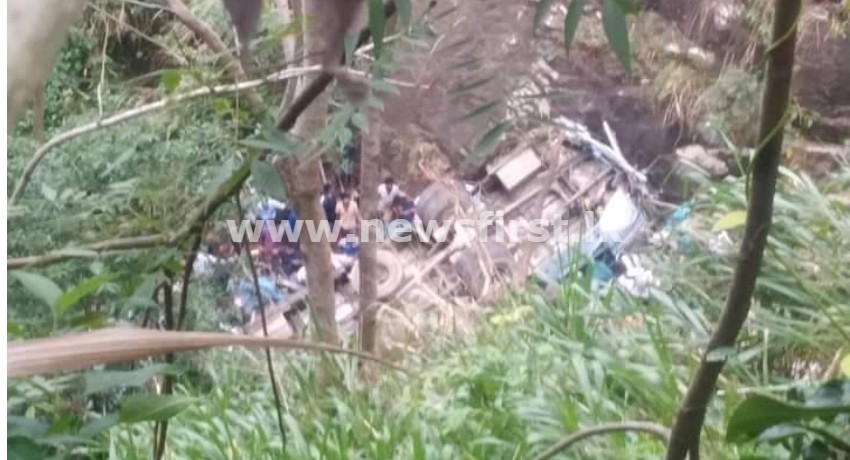 Colombo (News 1st); 14 people have died and 30 have sustained injuries after a bus veered off the road and crashed into a precipice along the 13th Mile Post in Passara.

Police Media Spokesperson DIG Ajith Rohana said the Colombo bound bus, which was en-route from Lunugala, had met with the tragic accident at around 7.15 this morning.

09 people who died are males and the rest are females, said the Police Spokesperson adding among the dead is the driver of bus.

He said Passara Police are conducting further investigations. The injured have been hospitalized.