Colombo (News 1st); Prime Minister Mahinda Rajapaksa who is on an official visit to Bangladesh paid tributes to the memory of martyrs’ at the National Martyrs’ Memorial on the outskirts of the Bangladesh capital.

The Sri Lankan premier paid homage by placing a wreath at the Memorial.

A smartly turned-out contingent drawn from Bangladesh Army, Navy, and Air Force gave him a guard of honour while the bugles played the last post.

Prime Minister Rajapaksa also planted a sapling of night-flowering jasmine or Parijat on the memorial premises.

The Sri Lankan prime minister arrived in Bangladesh on Friday (19) morning on a two-day official visit to join the celebrations of the golden jubilee of the country’s independence and the birth centenary of Father of the Nation Bangabandhu Sheikh Mujibur Rahman.

A guard of honor was given to the Sri Lankan premier by a contingent drawn from Bangladesh Army, Navy and Air Force. 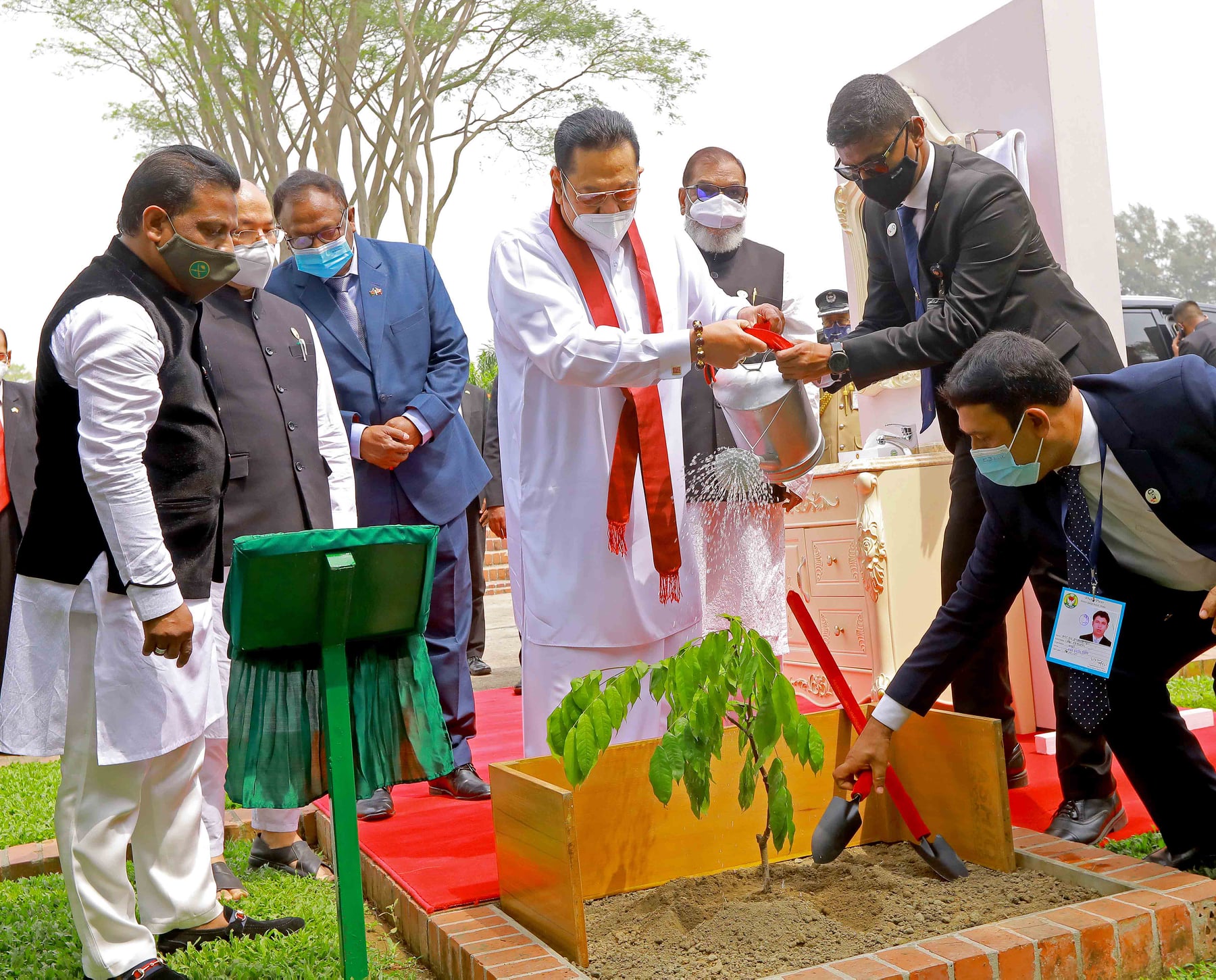 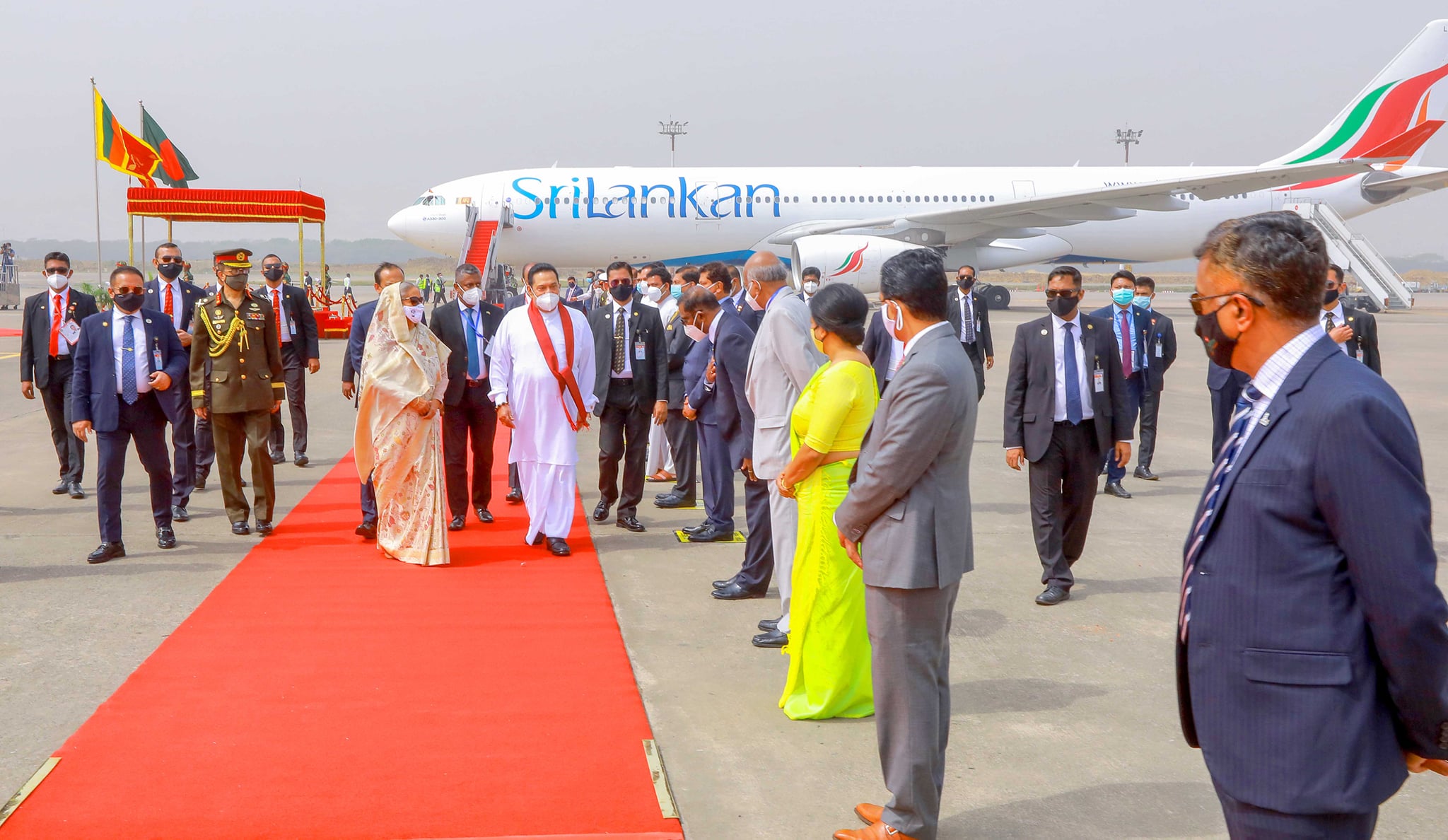 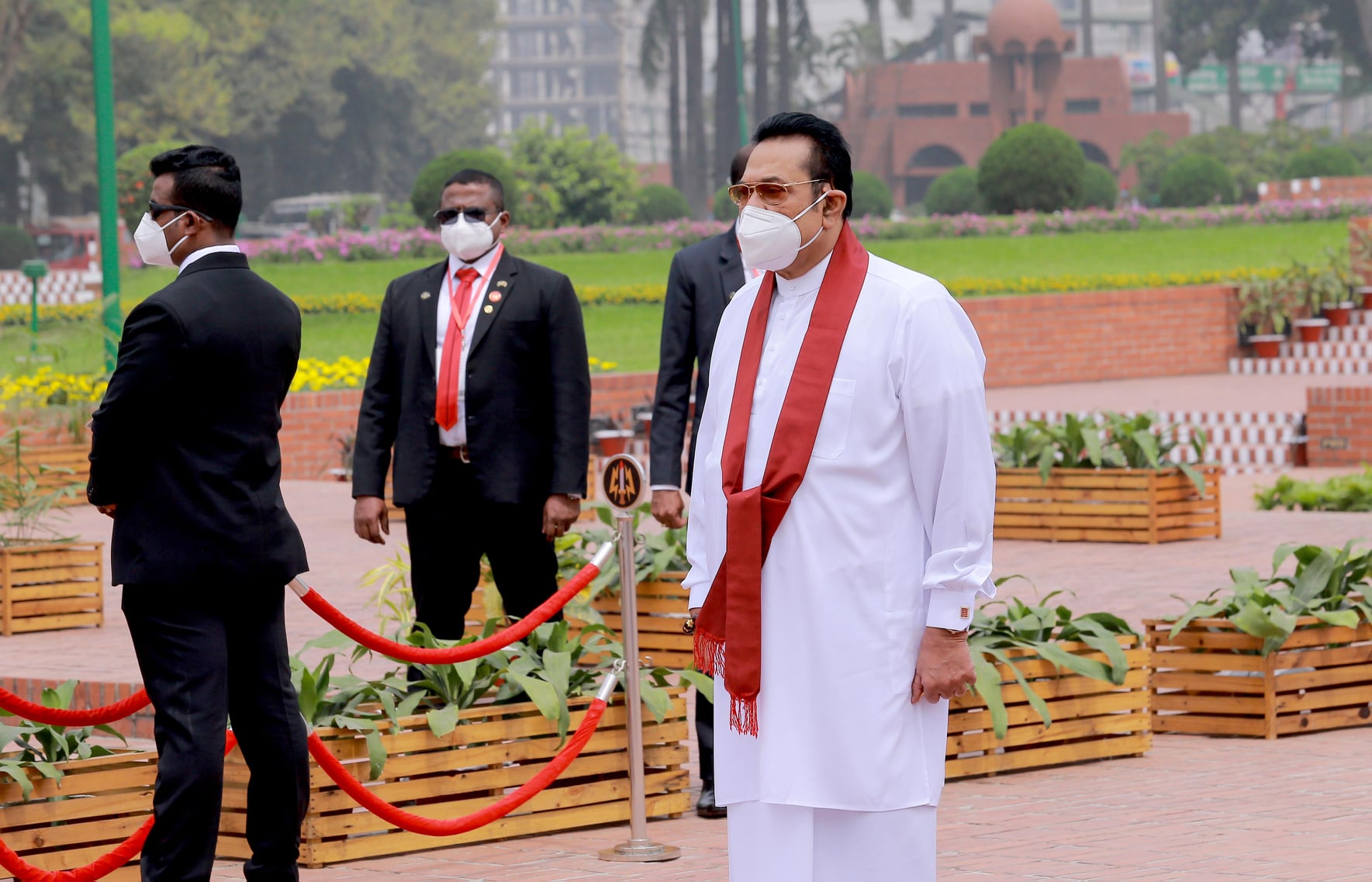 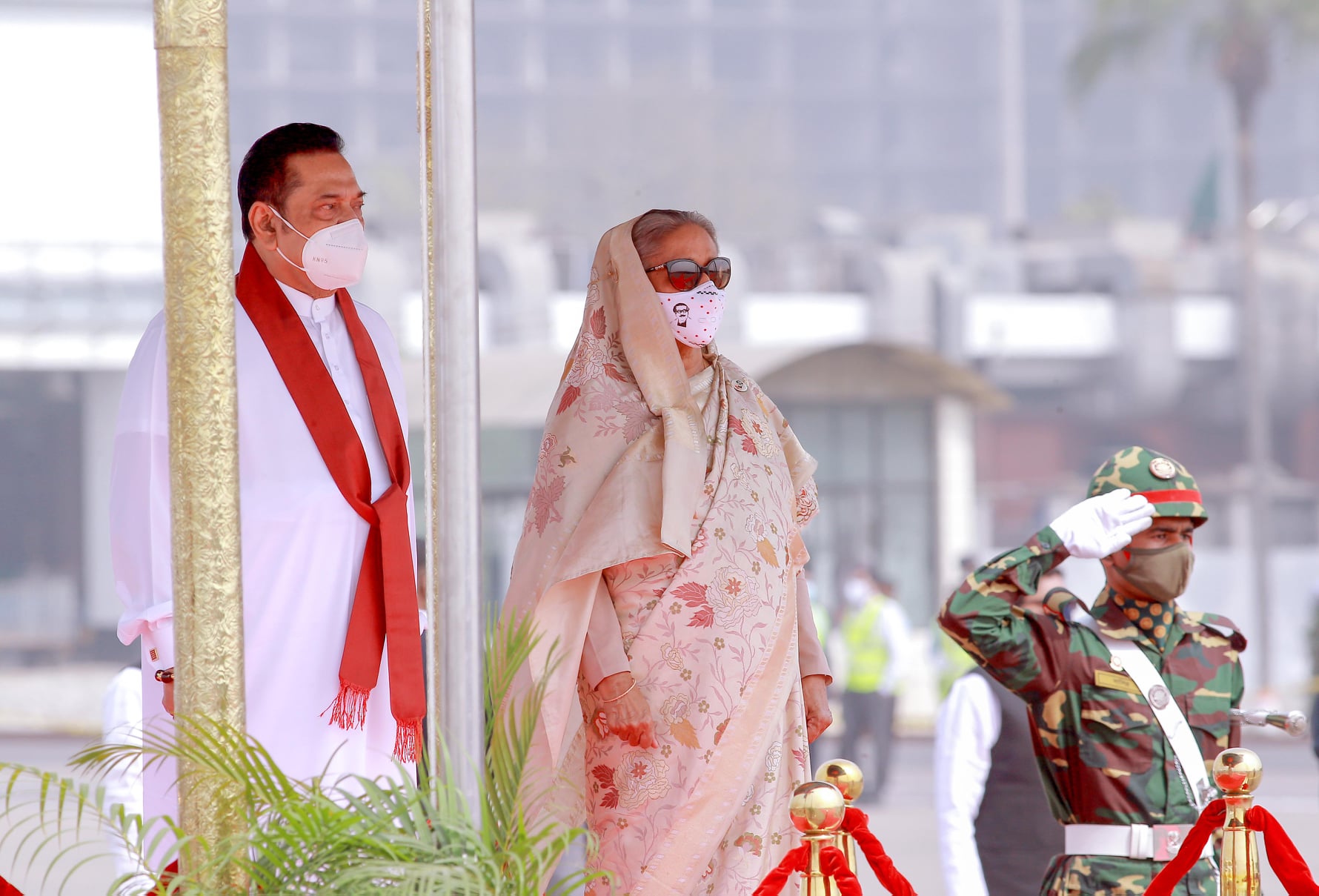 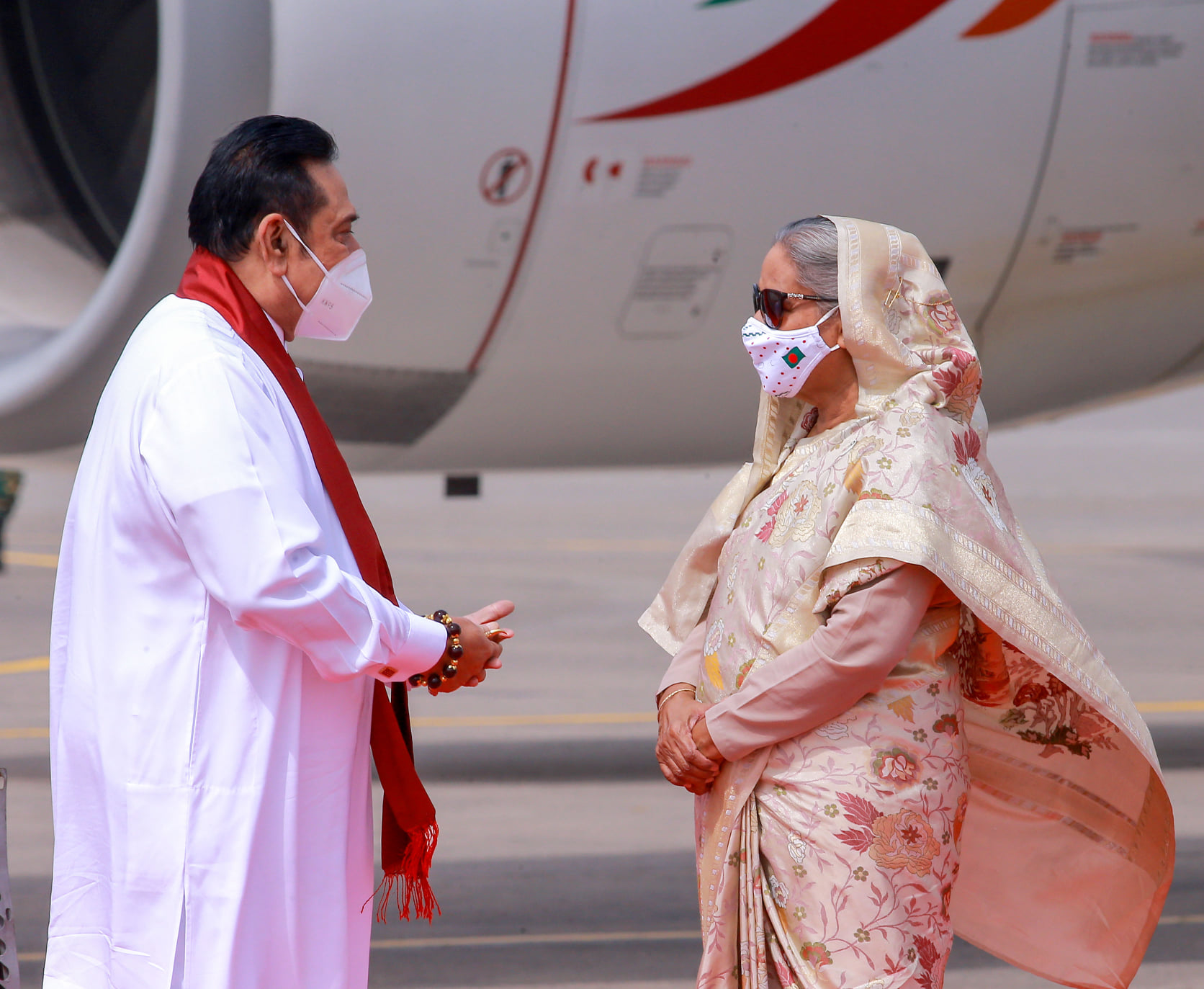