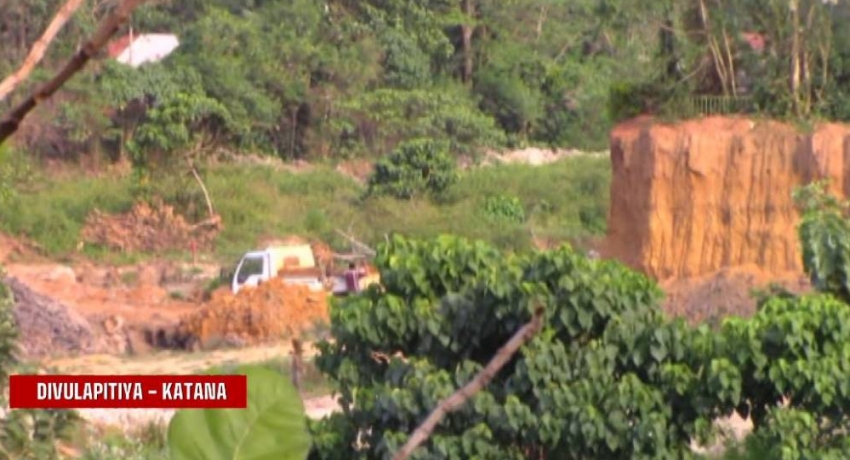 COLOMBO (News1st): Environmental destruction has been reported from certain areas falling under the Katana and Divulapitiya divisional secretariats in the Gampaha district.

The destruction has been reported in the Bolagala, Jambugaswatte, Mullayaya, and Ambalayaya Grama Niladhari divisions due to mining on the banks of the Ma Oya.

Locals point out that lands near the Ma Oya have sustained damages due to the mining of clay and sand on the river banks.

They complain that despite having permission, certain individuals have been carrying out mining outside the prescribed guidelines.

Our cameras captured the damages faced by lands due to the mining of sand and clay on the banks of the Ma Oya.

“They have damaged 30 or 40 acres of lands by mining clay using machines. These lands would be completely destroyed,” a resident said.

According to locals, miners extract soil from the river bank and process them into sand in neighbouring areas.