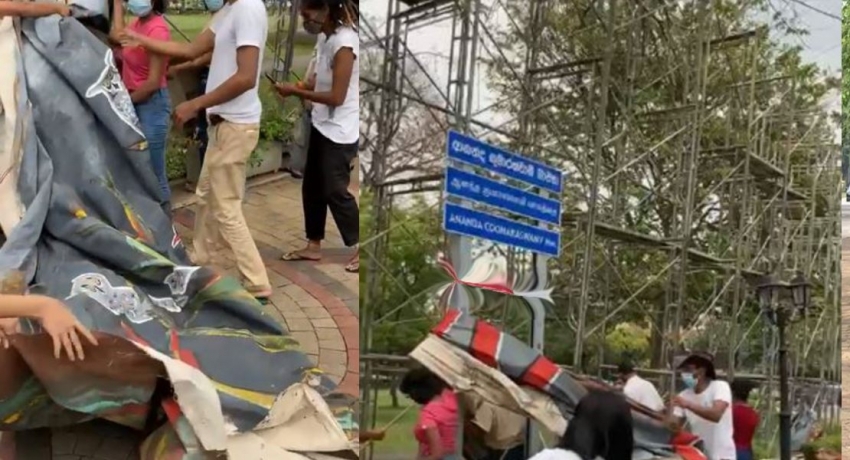 Colombo (News 1st); A massive mural painted by the Youth Wing of the Wildlife and Nature Protection Society was taken down on Friday (19) afternoon.

The mural was erected opposite the Nelum Pokuna Mahinda Rajapaksa Theatre in Colombo, to coincide with the International Climate Action Day.

A public awareness campaign for Global Climate Action was organized by the Youth Wing of the Wildlife and Nature Protection Society to create awareness about the unprecedented rate of environmental destruction occurring across the island.

A group of employees attached to the CMC had arrived at the location this morning and had attempted to remove the mural.

Later, it was taken down following the arrival of the Police Environment Unit.