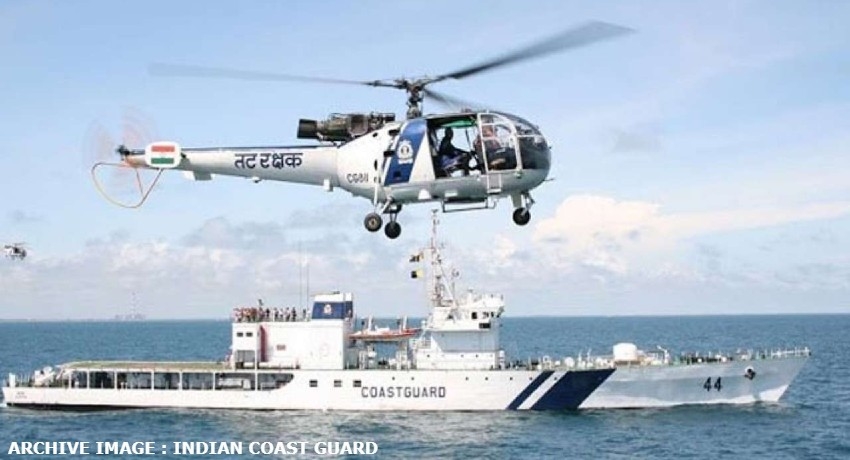 According to preliminary information, the Coast Guard seized heroin, an AK 47 rifle, and 1,000 rounds from the boats, reported the New Indian Express.

According to the Indian Navy, a Dornier aircraft had been tracking seven Sri Lankan boats that were found moving in the Arabia Sea for the past eight days.

The aircraft passed the information to the Indian Southern Naval Command and the Indian Navy in coordination with the Indian Coast Guard launched a swift operation to intercept the boats.

The boats were intercepted around 90 nautical miles southwest of Minicoy Islands on Thursday (18) afternoon.

The operation was conducted in coordination with the Lakshadweep Administration said the New Indian Express adding the Coast Guard had intercepted three Sri Lankan boats and detained 12 persons, and seized narcotic drugs off Vizhinjam on March 7th.