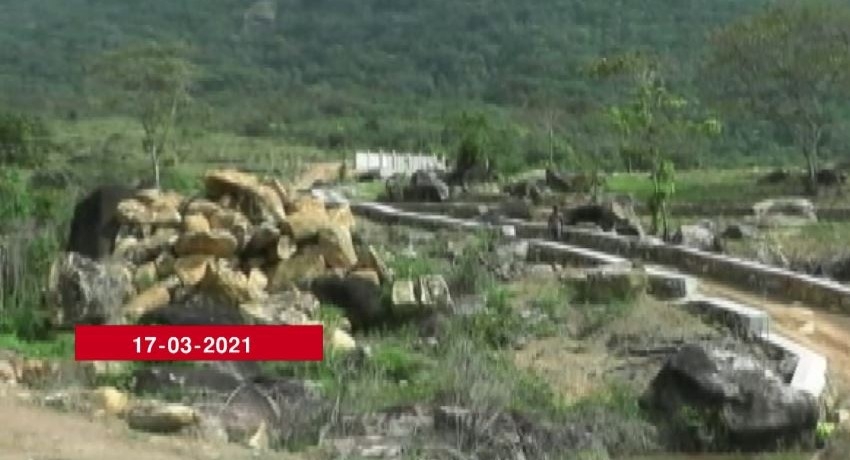 Colombo (News 1st); The Central Environment Authority is exploring options of taking over the controversial land in Sinharaja, where construction is taking place causing damage to the environment, as exposed by Bhagya Abeyratne, and many activists who rallied around her.

Environment Minister Mahinda Amaraweera told reporters on Thursday (18) that the ministry is looking at taking over this land which is termed as private property, and clear observation would be made by next week.

When questioned on the social media post published by the owners of the said property claiming the construction is a holiday bungalow, the minister said the construction commenced with approval from the local Pradeshiya Sabha and the Grama Niladhari Officer.

The Chairman of the Kalawana Pradeshiya Sabha says approval was granted for the construction of 04 houses on this land.

Yet, concerns have been raised as to how such destruction can be caused to the environment on the pretext of constructing houses in the absence of an Environment Impact Assessment report for such a sensitive ecosystem.

Activists, continue to question authorities as to why there is a delay in enforcing the law.