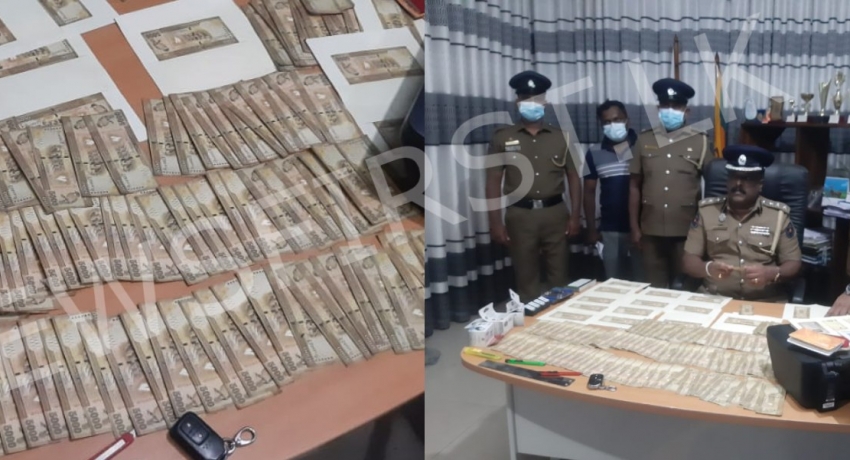 COLOMBO (News 1st): Two suspects were arrested and over 100 counterfeit notes were seized during a special raid conducted in Oluvil and Nindavuur in the Akkaraipattu Police area on Monday (15), Sri Lanka Police said.

The counterfeit notes to the tune of Rs. 640,000 in total were seized during the raid, the Police Spokesperson noted.

According to DIG Ajith Rohana, the raid was conducted based on information provided by Sri Lanka Army Intelligence.

A vehicle and printing equipment such as a printer, scanning device, and ink were also seized during the raid.

The suspects and the seized goods will be handed over to the Criminal Investigations Department (CID) on Tuesday (Mar. 16) for investigations, DIG Ajith Rohana noted.

Akkaraipattu Police conducted the raid under the supervision of SP Ampara and the Police are conducting further investigations into the counterfeit currency ring.

Whilst emphasizing that there is an increasing tendency for the distribution of counterfeit notes in line with the festive season, the Deputy Police Chief advised the public to remain cautious.