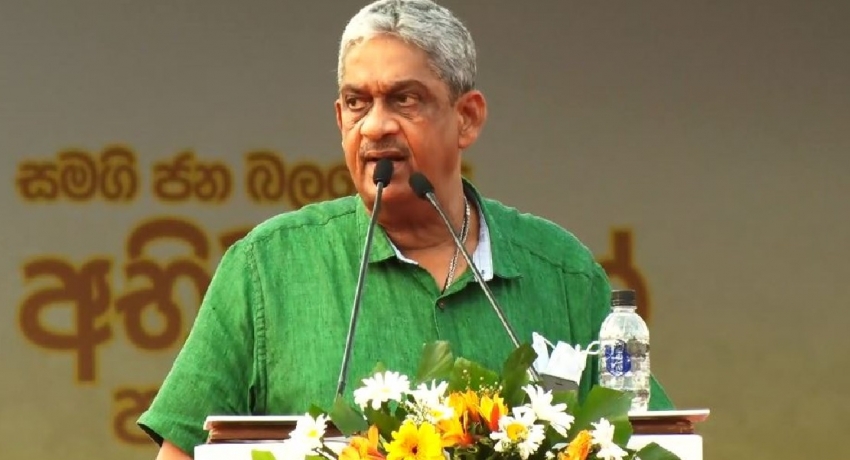 COLOMBO (News 1st): Field Marshal Sarath Fonseka criticized the present conduct of the Government at the 1st Anniversary of the Samagi Jana Balawegaya held at the Hyde Park Grounds in Colombo this afternoon.

Chairman of the Samagi Jana Balawegaya – Field Marshal Sarath Fonseka, said at the event that the Government is only working for their benefit.

He said, people at present can barely afford three meals a day and that they live their lives in desperation.

He said that the Government refuses to believe that the people are in hunger and that the only thing they do is issue gazettes.

Field Marshal Sarath Fonseka said if the Government wants to develop the nation, they have to use their brains, give skilled people opportunities, get close to talented people.

He said that he feels bad for the President asking as to how can he uplift the country with imbeciles around him?