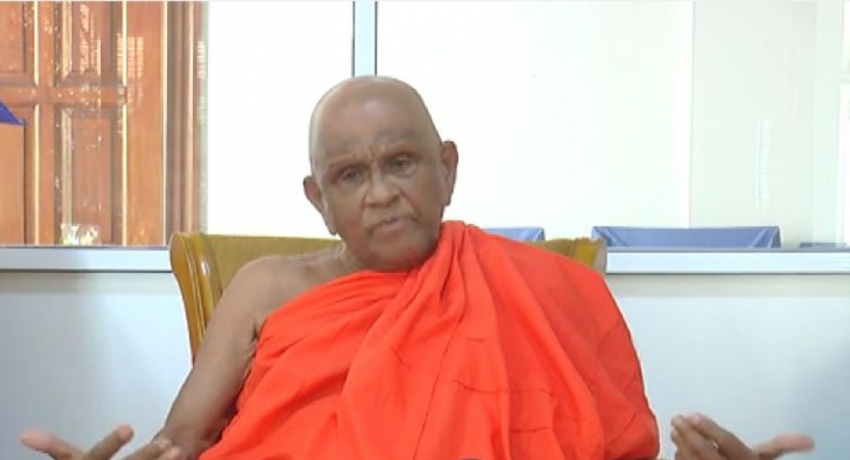 ‘The people are fed-up with the Government’- Ven. Muruththettuwe Thero

‘The people are fed-up with the Government’- Ven. Muruththettuwe Thero

Colombo (News 1st); Venerable (Dr.) Muruththettuwe Ananda Thero has warned a time will come when the clergy will have to join with the people against the government.

“We believed they (government) would actually do something for the country and we did everything possible for them. However, today we are in a situation where we are speechless in the presence of the people,” said the Venerable Thero slamming the government’s process of making appointments.

Dr. Amal Harsha de Silva was removed from his post to be appointed as the Secretary to the State Ministry of Domestic Animal Husbandry, while Dr. Anil Jasinghe was moved to the Ministry of Environment as its Secretary, said the Venerable Thero noting such methods of shuffling people around is not acceptable.

“When we approach the Prime Minister about these things he remains silent. The present situation is such that when a baseless complaint is made, a person is immediately transferred,” lamented the Venerable Thero.

“The people question is this the government we wanted and is this what we worked for,” he said urging the Prime Minister to ensure that he delivers to the people while his brother remains as the President.

Venerable (Dr.) Muruththettuwe Ananda Thero further said the people are not happy with the government and dissent continues to grow in the country.

‘We cannot find a single person who is not fed up with this government,” said the Venerable Thero.