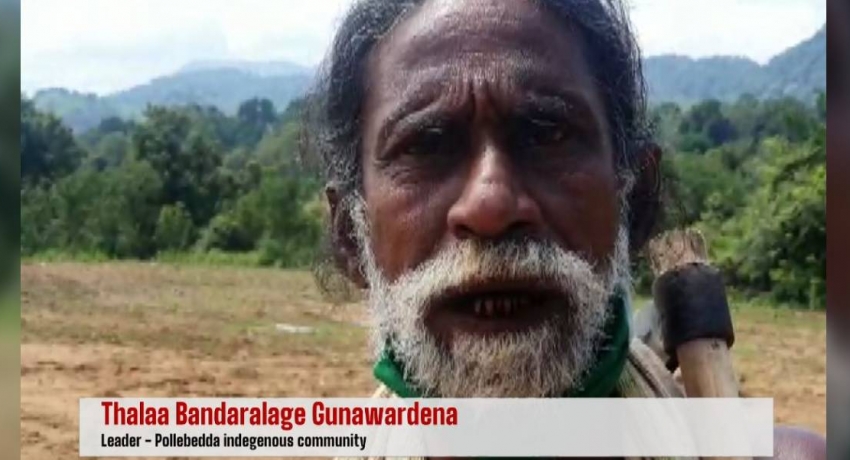 A vow from the indigenous community leader

A vow from the indigenous community leader

COLOMBO (News1st): The leader of the Pollebedda indigenous community Thalaa Bandaralage Gunawardena has revealed that a certain company had attempted to bribe him to stop protesting against the deforestation occurring at the historic Rambaken Oya Zone.

“The owner of the company told me they will construct a house with 9 rooms, buy me a three-wheeler and give me Rs 500,000 rupees per year if I agree to stop protesting,” the indigenous community leader noted.

“I told him, I will not betray my race and asked them to leave. I told them I would attack them with my axe if they did not leave”.

Cabinet approval has been granted to lease off 2,750 acres of land in this zone to carry out maize cultivations. The indigenous community has also sought legal redress against the matter.

The cabinet decided to lease of 2,750 acres of land in the historic Rambaken Oya Zone to cultivate maize, claiming that lands not belonging to identified reserves under the control of the Mahaweli Authority will be handed over to investors.

It was proposed through the Cabinet paper submitted by the Minister of Irrigation that the lands will be leased out initially for a period of one year and later be leased out on a long term basis depending on its success.

However, the clearing of the lands in the catchment areas in the southern boundary of the Rambaken Oya in the Pollebedda village falling under the purview of the Mahaoya Divisional Secretariat in Ampara began last December and was met with strong public opposition including the indigenous community of Pollebedda.