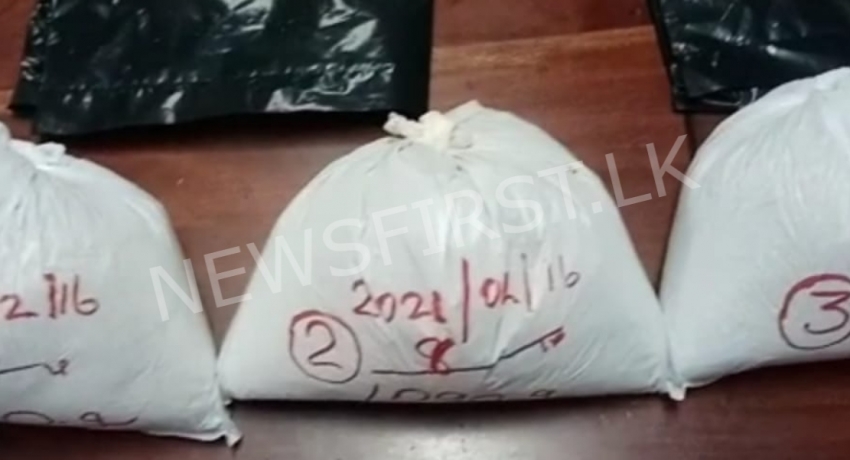 COLOMBO (News 1st): The Organized Crimes Division of Colombo has arrested a suspect with over 3 kilograms of Heroin during a special raid conducted in the Piliyandala Police area on Tuesday night (Feb. 16), Police said on Wednesday (Feb. 17).

“The suspect was arrested along with 3kg and 250 grams of heroin in Batuwandara, Madapaatha in Piliyandala; a motor-cycle was also seized during the arrest,” Police Spokesperson DIG Ajith Rohana told News 1st on Wednesday morning (17).

The suspect will be produced at the Kesbewa Magistrates’s Court today (17), and Police will seek a detention order for seven days under the provisions of the Dangerous Drugs Ordinance to conduct further investigations, according to DIG Ajith Rohana.

“The drug trafficking operation was conducted by a famous drug trafficker who is in remand custody at present. The Organized Crimes Division of Colombo is conducting further investigations in this regard,” the Deputy Police Chief further elaborated.

Another suspect was arrested on Tuesday afternoon (Feb. 16) in the Gangodawila, Gamsabha junction area in Nugegoda, by the Organized Crimes Division of Colombo for the possession of drugs.

A stock of 5 kg of Heorin and 5 kg of ICE were seized from the suspect’s possession.

DIG Ajith Rohana urged the people to assist in the efforts to eradicate the drug menace in the country, by providing information related to narcotic substances to 118, 119 and 1997.

“We are conducting constant anti-narcotic operations in order to apprehend the drug dealers and drug traffickers. You can provide information to police to eradicate the drug menace in the country. The hotlines are 118, 119 and 1997,” the Deputy Police Chief noted.