Colombo (News 1st); President Gotabhya Rajapaksa visited Parliament at around 10.05 am on Thursday (11) and stayed in Parliament for about two hours.

He entered the Chamber of Parliament with Prime Minister Mahinda Rajapaksa and spent about half an hour in the chamber.

Former President Maithreepala Sirisena was also seated in the Chamber at that time.

After leaving the Chamber he went to the President’s office in Parliament and met several Ministers and Parliamentarians of the ruling party. 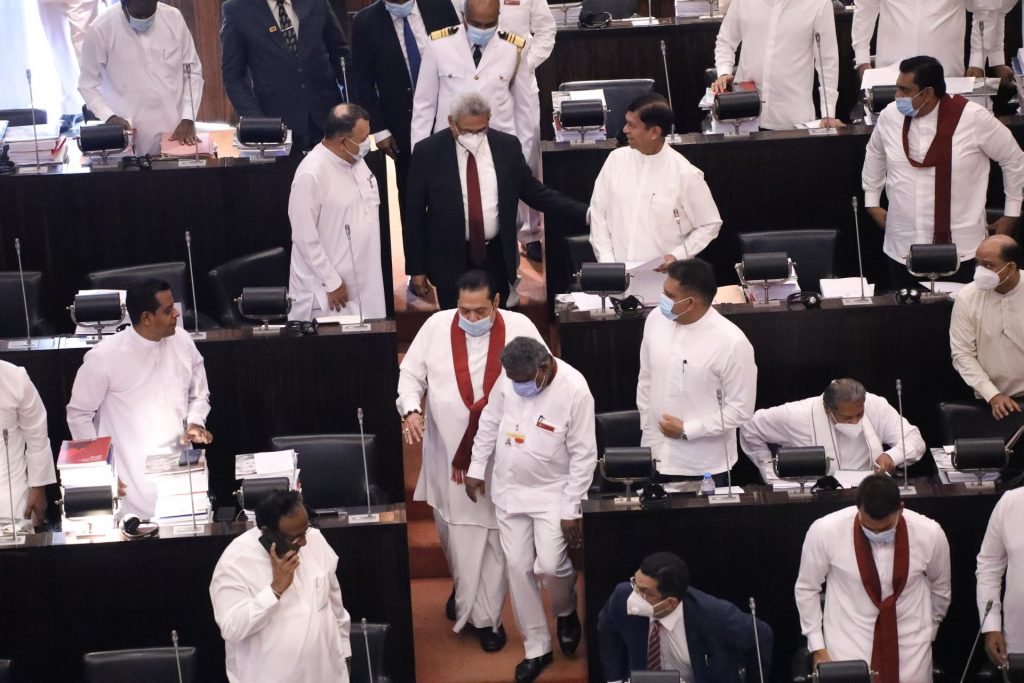 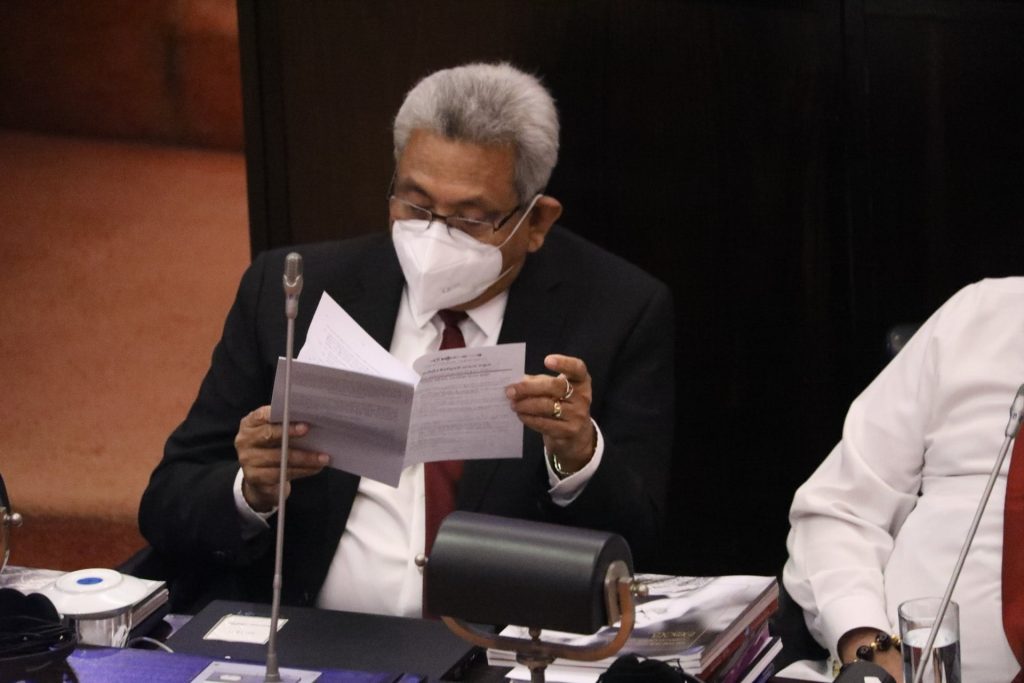 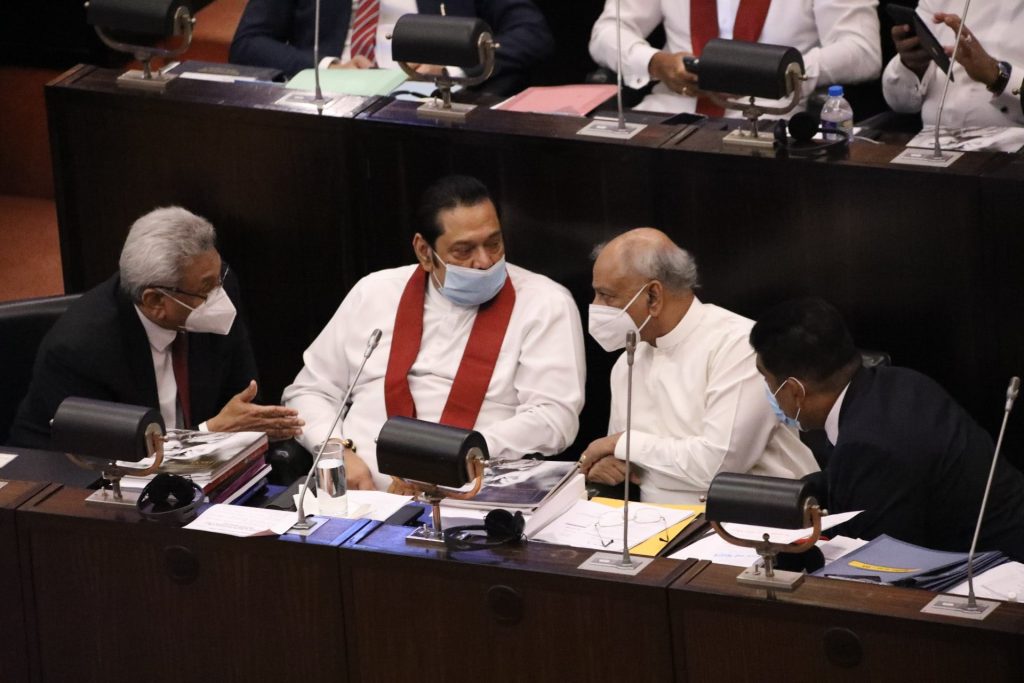