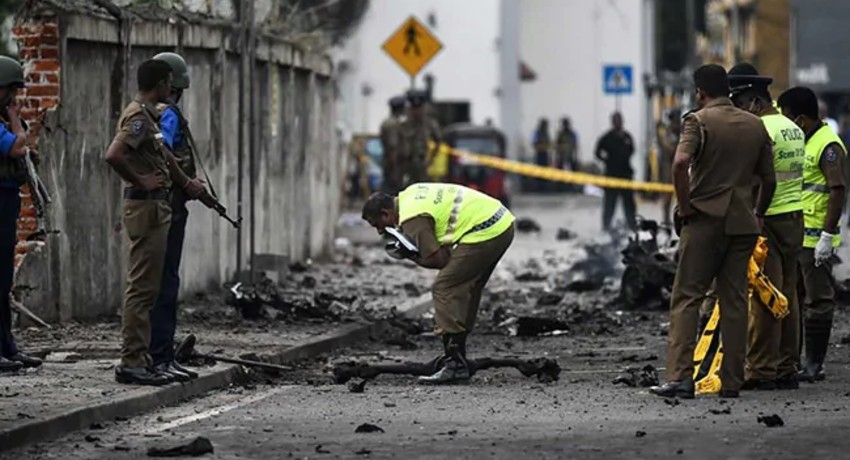 Colombo (News 1st/BBC Sinhala Service);  The BBC Sinhala Service reported that detectives who investigated the 2019 April 21st Attacks maintained a position that Mohammed Zaharan Hashim was not the person who led the attacks, though many referred to him as the ‘Mastermind’ or the ‘Leader’.

The BBC Sinhala Service had filed this report based on the evidence produced at the Presidential Commission of Inquiry appointed to probe to 2019 April 21st Attacks and on the facts highlighted by Ex-MP Nalinda Jayatissa, who was a member of the Select Committee of Parliament that also probed the attacks.

SSP Shani Abeysekera, currently in remand custody had told the Presidential Commission of Inquiry in his testimony that he believes the 2019 April 21st Attacks were led by an unseen force, reported the BBC Sinhala Service.

Former Senior DIG (Retired) Ravi Seneviratne had told the PCoI earlier that Zaharan Hashim cannot be the person who organized everything for the attacks.

According to the BBC Sinhala Service, Shani Abeysekera had told the PCoI that no terrorist leader in the world would die as a suicide bomber.

Ex-MP Dr. Nalinda Jayatissa who was a member of the Select Committee of Parliament had told the BBC Sinhala Service that he believes India is behind the 2019 April 21st Attacks.

Jayatissa based this position on evidence produced to the Select Committee of Parliament and other investigative material.

The investigative material quoted by Dr. Jayatissa is as follows:

– On April 4th, 2019, Indian intelligence provided the first information that a suicide attack was imminent.

– It was reported that the Indian High Commission in Colombo was also a target, but intelligence did not say whether more security had been requested or provided.

– The Indian Defense Secretary paid an emergency one-day visit to Sri Lanka on April 08th, 2019, and no special security arrangements were made for him on that day.

– ‘Sara’ or Pulastini – the wife of the suicide bomber, who carried out a suicide attack on the Katuwapitiya church fled to India after the attacks.

– The Sri Lankan authorities were not interested in extraditing her to Sri Lanka for questioning, and neither did India seemed ready to extradite her.

– The police have not yet questioned Sara and the Presidential Commission has shown no interest to do so either.

– Stalled investigations into the serious statements made by Namal Kumara claiming there was a conspiracy to assassinate the then-President Maithripala Sirisena and Gotabhaya Rajapaksa.

– Release of an Indian national who was allegedly involved in the “assassination attempt” as a mental patient.

– Namal Kumara’s statements were used to stop the investigation conducted by the Police Terrorism Investigation Division to arrest Zaharan Hashim.

Dr. Nalinda Jayatissa told the BBC Sinhala Service that only an experienced group armed with military technology and with a solid intelligence network can carry out such an attack.

The Ex-MP had pointed out there is no evidence to claim Zaharan Hashim operated such a network.