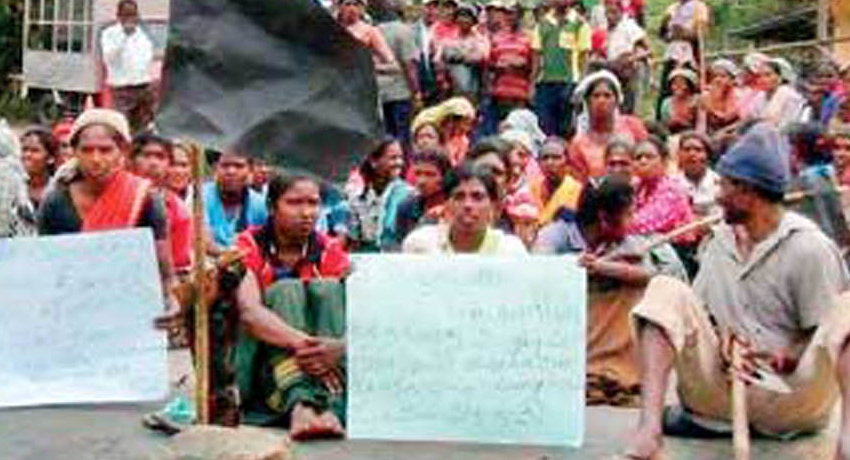 In accordance with the protest, Harthals were carried out in certain areas.

Our reporters said in Bagawanthalawa, Norwood, Maskeliya, Kotagala and Thawalakale have also closed down shops in town to support the trade union action.

According to our correspondent, activities at Government and Private institutions were disrupted today.

A protest was carried out in Deraniyagala by estate workers demanding a solution to the wage problem.

In support of the trade union action launched by the estate workers, shops in Sea street, Colombo 11 were closed for several hours, and a demonstration was carried out at the Gas Paha junction.

The demonstration was carried out with the attendance of workers from estates employed in Colombo.