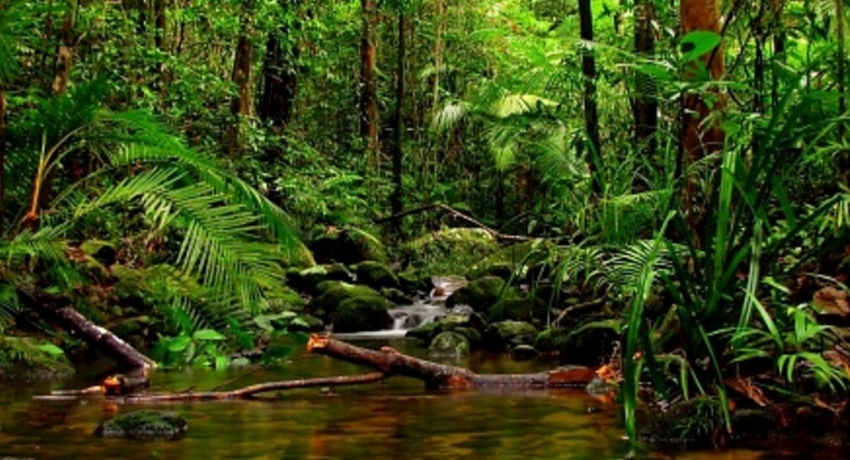 COLOMBO (News1st): Sri Lanka’s forest cover that stood at 82 percent in 1881 has dropped drastically to 17 percent, the Rain Forest Protectors of Sri Lanka movement has said.

“The 1/2020 circular has been introduced through which nearly 700,000 forests have become vulnerable,” Hemantha Vithanage, the executive director of the Centre for Environmental Justice told reporters.

Environmentalists convened a media briefing on Tuesday to highlight that the government’s decision to amend land-related laws have affected elephant habitats in the country.

“When forest and wildlife officers visit these areas, they are helpless. They have been forced to not enact the laws and even remove longstanding cases,” Vithanage noted.

Venerable Pahiyangala Ananda Sagara Thero, a member of the Surakimu Sri Lanka Organization, pointed out that farmers are facing the brunt of these activities.

“We have reached a stage where the farmers have taken up a fast unto death claiming the right to life,” he insisted.

Ven. Ananda Sagara Thero residents of Suduwella are facing difficulties as Silica sand desposits in the area are being mined.

“The people are finding it difficult to live there. Their houses have cracks in them, the water is unconsumable,” he pointed out.

Ali Sabry to lead delegation to UNHRC session in Geneva