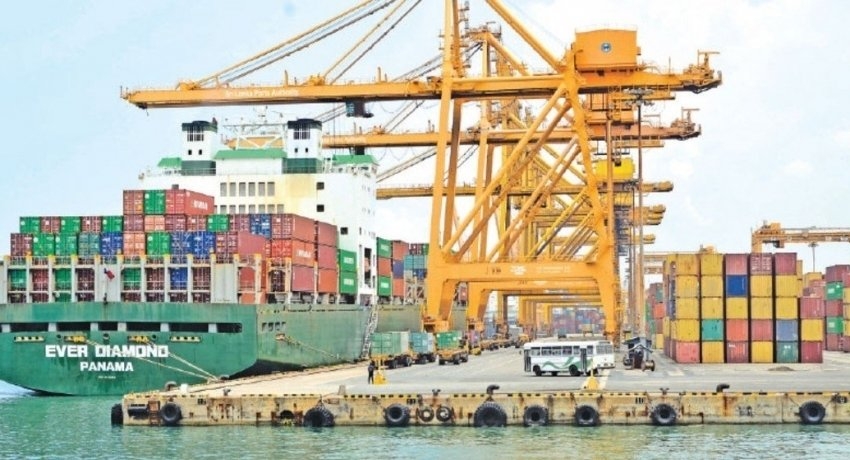 Colombo (News 1st); What was expected for weeks finally happened this evening. India, cracked the whip. In a statement that pretty much said, ‘give us the East Container Terminal, or else..!’, the High Commission released a short, terse statement demanding that the Sri Lankan government stay true to its word and develop the ECT with India and Japan.

The issue of developing the ECT with India and Japan came to a head this morning, with joint Trade Unions carrying out work-to-rule’s and the opposition uniting behind popular public opinion that the valuable ECT should be developed by the Ports Authority alone without any outside investors, especially from India. However, India pointed out to an ‘MOC’ signed in 2019 under the previous regime and a more recent Cabinet approval that the terminal should be developed under a Tripartite Agreement between Sri Lanka, India and Japan.

The Geopolitically sensitive matter blew up this morning when Prime Minister Mahinda Rajapakse announced that the ECT would never be sold. Earlier, his brother the President, had openly supported an investment of up to 49% into the terminal. By Monday afternoon, on the cusp of a crucial Cabinet meeting, India made its position infinitely clear

In turn, the cabinet decided to announce its willingness to invite India and Japan to invest in the development of the West Container Terminal, currently non-existent. India’s response to this is yet to be seen.

At the centre of this maelstrom is the ‘Adani Group’, the Indian governments blue-eyed conglomerate, potentially the investor in a terminal. The Sri Lankan government has admitted that it conducted discussions with Adani concerning the ECT, but the negotiations fell through. Adani is currently in the main target of massive, continuing farmer protests in India, angered by the companies allegedly marauding business motives.