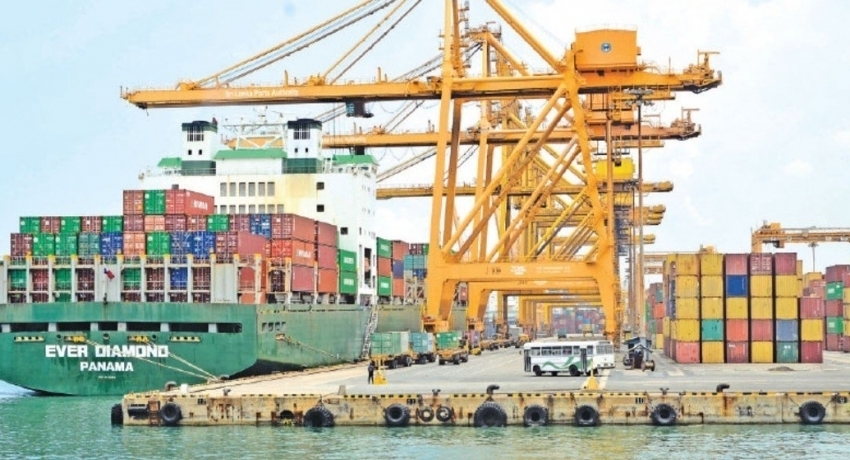 ECT report handed over to subject minister; ECT to be discussed at cabinet

ECT report handed over to subject minister; ECT to be discussed at cabinet

Colombo (News 1st); The report of the cabinet appointed committee to inquire into concerns surrounding the East Container Terminal of the Colombo Port was handed over to Minister of Ports and Shipping Rohitha Abeygunawardena on Monday (01).

Chairman of the committee, U. D. C. Jayalal the Ports and Shipping Secretary said the Minister would table recommendations and a cabinet memorandum to the Cabinet of Minister on Monday (01).

Port Trade Unions currently on a work to rule campaign against the decision taken to release the East Container Terminal to an Indian company will meet Prime Minister Mahinda Rajapaksa for talks on Monday (01) as well.

Amid protests by the trade unions, Prime Minister Mahinda Rajapaksa said on Sunday (31) his government will not sell or lease the ECT.

He has asked the trade unions to discuss the issue with him on Monday (01) ahead of a Cabinet meeting.

Some 23 trade unions have joined hands to oppose the port deal. The protesting unions have been bolstered by Saturday’s (30) solidarity expressed by the ministers who are members of the ruling coalition.

They pledged that they would oppose the deal at Monday’s Cabinet meeting.