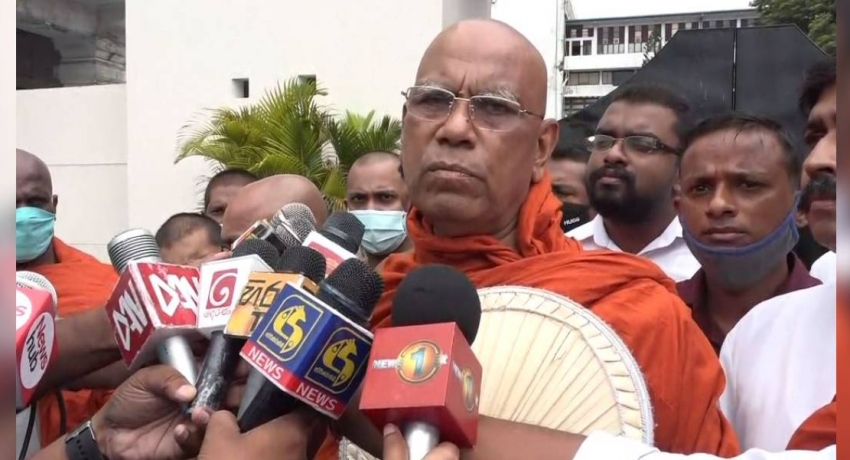 COLOMBO (News1st): The government must protect all national resources regardless of whether it is the West Terminal or East Container Terminal of the Colombo Port, Ven. (Dr.) Omalpe Sobhitha Thero has said.

“All these resources must be preserved for our future generations and protected for the prosperity of our country,” he told reporters on Sunday.

Mahinda Jayasinghe, the General Secretary of the Ceylon Teachers Services Union insisted that trade unions will support the government in its efforts to develop the West Terminal.

Pubudu Jagoda, the Propaganda Secretary of the Frontline Socialist Party, pointed out that there are two proposals concerning the East Container Terminal.

“One is to trade the shares of the Colombo Port’s East Container Terminal in the stock market,” Jagoda noted.

He claimed that the Sri Lanka Ports Authority will be allowed to purchase 15 percent of the shares while the remainder will be shared between private companies.

He urged trade unions to avoid being deceived by the solutions of the government that do no produce desirable results.