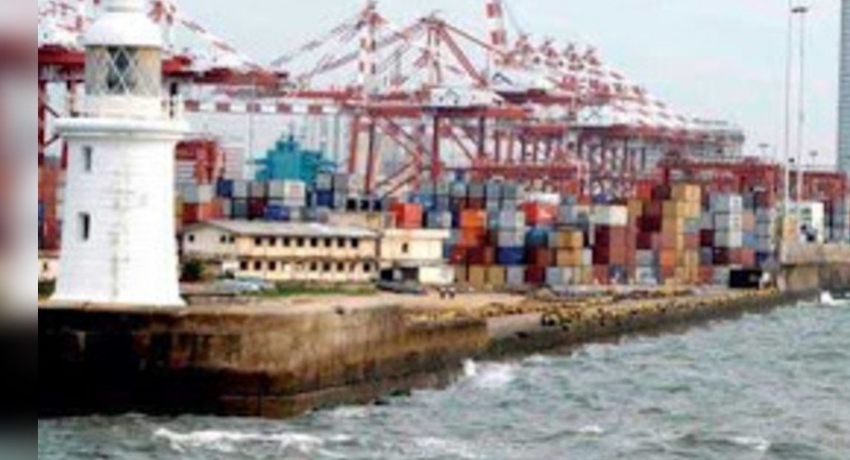 ECT CRISIS: Is there an ulterior motive behind the opposition against the East Container Terminal?

ECT CRISIS: Is there an ulterior motive behind the opposition against the East Container Terminal?

“What they are suggesting is like, we will give you the Temple of the sacred relic instead of the Atamastanaya,” the Venerable Thero added.

The Thero said that when protests are being held against handing over the ECT to India, the Government is planning on giving the West Container Terminal to appease India.

“Nalaka Godahewa is the person who stole from the stock market in the past, and today the people have given them power. But without any shame instead of going as a Minister of the government, yesterday they appeared as members of Viyathmaga, an organization that hoodwinked the people,” the Thero said adding that they were trying to deceive the trade unions.

“We have understood that this issue was artificially created behind the scenes so that they can come forward and act as if they provided solutions to it and in the end portray themselves as heroes,” the Thero said.

Meanwhile, Founder of the Jathika Namal Uyana Ven. Wanawasi Rahula Thero said the leaders of this country do not have the right to sell or lease the national assets of Sri Lanka.

“They never had the right in the past, and neither will they in the future. Leaders are only temporary guardians of this country. The citizens are the owners of this country,” the Venerable Thero added.

The other urged everyone to act according to the mandate of the general public.

“I request the President to refrain from selling or leasing the national assets of our nation to foreign factions,” said the Thero.