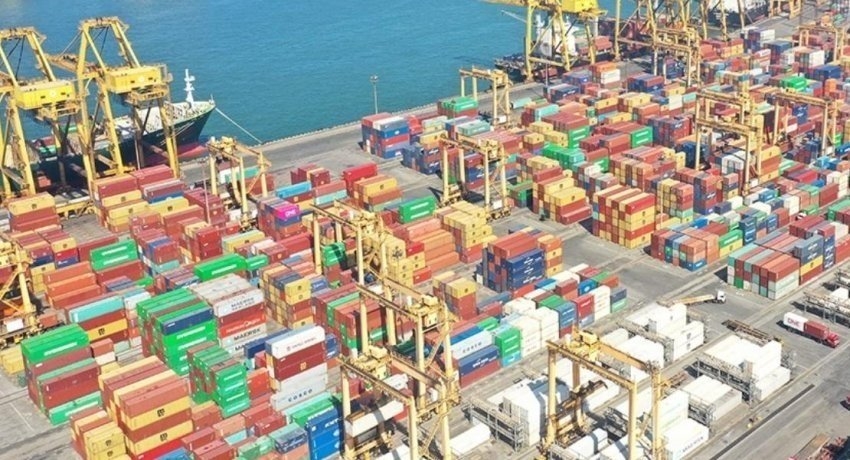 Colombo (News 1st); Trade unions allege the government is using COVID-19 as a scapegoat to sell off national resources.

Chairman of the Independent Port Services Trade Union, Lal Bangamuwage speaking to reporters said such acts must be considered as treason adding port workers would continue to stage protests against such measures in accordance with the health regulations.

He claimed the East Container Terminal at the Colombo Port is also being sold, though the government claims it would be developed via investments.

Port Trade Unions launched their struggle against the sale of ECT in October.

Before the protest commenced, Rohitha Abegunawardhana, the Minister of Ports & Shipping said the Sri Lanka Ports Authority does not have sufficient funding to develop ECT alone and therefore India’s Adani Group, a multinational conglomerate company, will be considered as the overseas investor.

Trade Unions however pointed out, the government is attempting to bring in a company, which is responsible for the deaths of dozens of farmers in India.

Chairman of the Independent Port Services Trade Union, Lal Bangamuwage said the government can only protect democracy by protecting the country’s resources, and not by calling for elections all the time.

Convenor of the Voice Against Corruption movement Wasantha Samarasinghe claimed the East Container Terminal can generate revenue to meet 50% of the country’s monthly debt repayment.

He said some members in the ruling faction have understood the importance of ECT, but are tight-lipped fearing they would lose their positions in government.