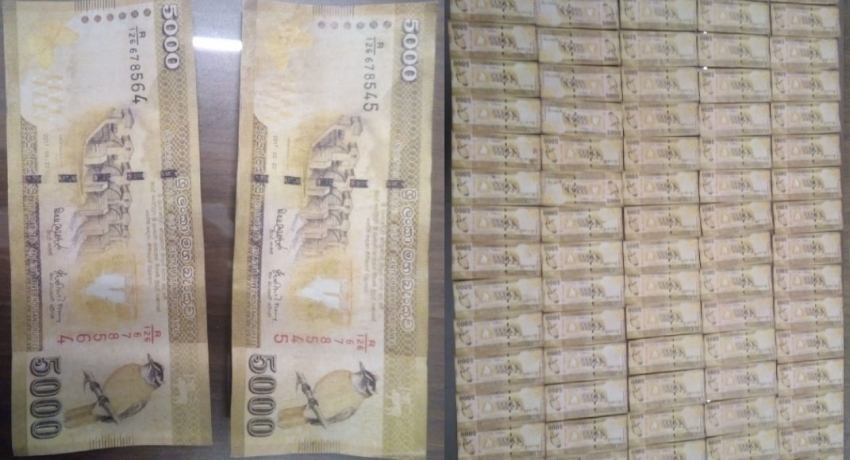 “Further investigations into the case will be handed over to the Criminal Investigations Department in order to trace the place where the fake notes had been printed,” Police Spokesperson DIG Ajith Rohana said.

According to DIG Ajith Rohana, one suspect is from Dehiaththakandiya and the other from Gokarella; the duo aged 22 and 23 will be produced in court today and remanded.

The Deputy Police Chief requested the people to be vigilant of the currency notes circulating in society to avoid falling victim to such crimes.