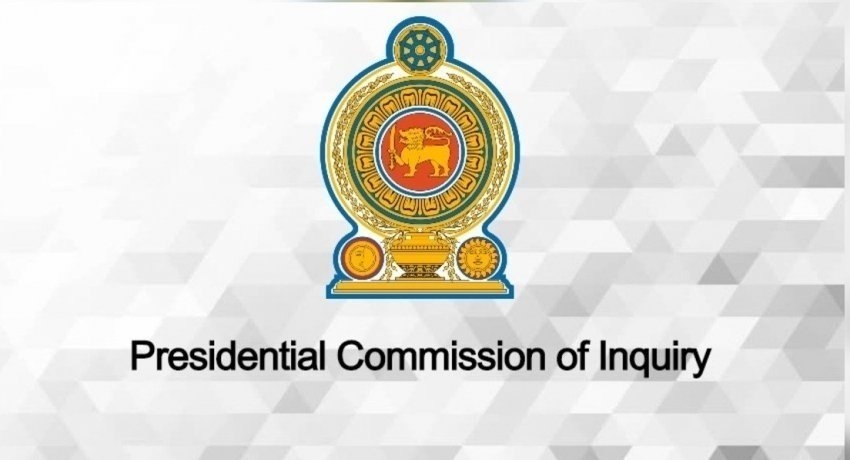 In his testimony, the Former Deputy Police Chief said there was an unnecessary influence on him via social media and other forms after Dr. Shafi Shihabdeen was arrested over charges of alleged sterilization.

Former DIG of the Kurunegala Range Kithsiri Jayalath told the Presidential Commission of Inquiry, following the 2019 April Attacks the details of 06 suspects were made public via the media, and thereafter, 02 of them were arrested immediately by his officers, acting on his instructions.

In response to the question posed by Presidential Commission on alleged political links maintained by Dr. Shafi Shihabdeen, the Former DIG said there was information claim he had contact with Former Minister Rishad Bathiudeen and intel claimed he received money from the National Thowheeth Jama’ath or the NTJ.

He said accordingly, he gave instructions to institute legal action against Dr. Shafi adding he was transferred after the arrest of the controversial doctor.

The Former Deputy Police Chief further told the Presidential Commission, he sensed the presence of extremism was at a high in the Kurunegala District, apart from what was known in the Eastern Province.

He said following the 2019 April 21st Attacks, 226 suspects connected to the events were arrested from the Kurunegala District.

Former DIG of the Kurunegala Range Kithsiri Jayalath said 47 other suspects were remanded as well.

He further told the Presidential Commission, the reason for unrest to grow in the Kurunegala District following the April Attacks, was that certain police had failed to enforce the instructions given to them.