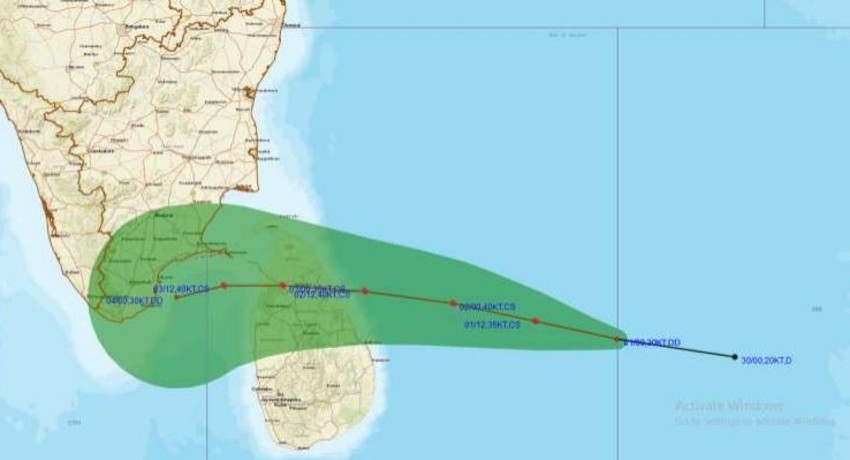 Colombo (News 1st); The depression area in the south-east Bay of Bengal has concentrated into a deep depression lay and centered 530 km southeast to Trincomalee at 0530hrs today (01st December).

The system is very likely to intensify into a cyclonic storm during the next 24 hours, said the Sri Lankan Department of Meteorology.

The system is very likely to move west-northwestwards and cross the eastern coast of Sri Lanka between Batticaloa and Point-Pedro around Wednesday (02nd December) evening/night.

Under the influence of the aforementioned system, from 01st December to 03rd December;
 The sea area around the island will be very rough to high as the wind speed can be increased up to (80-100) kmph at times.

 The storm surge of about 1-meter height above the astronomical tide is likely to inundate low lying areas of east Sri Lanka coast during landfall.

Minister calls for probe on Disposal of furnace oil from vessels