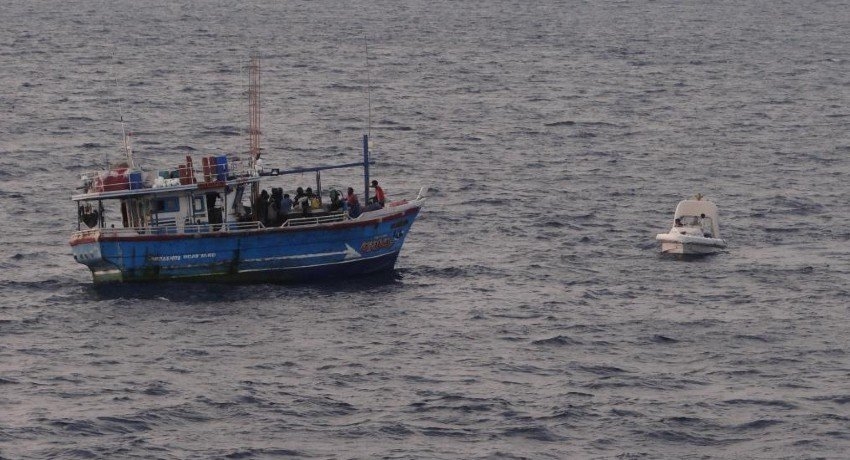 Colombo (News 1st); The Indian Coast Guard has seized drugs, including 100kg of heroin, from a Sri Lankan boat in the high seas south of Thoothukudi during a nine-day operation that started on November 17, officials familiar with the development said on Wednesday (25), reported the Hindustan Times.

Six crew members, who identified themselves as Sri Lankan nationals, have been detained and are being interrogated.

During their initial questioning, the crew members told Coast Guard officials that the drugs were transferred onto the Sri Lankan vessel “Shenaya Duwa” on the high seas by a Pakistani dhow from Karachi. The drugs were meant to be sent to western countries and Australia.

The drugs had been hidden in an empty fuel tank on board.

The six suspects were taken to the port of Thoothukudi, earlier known as Tuticorin, where they are being interrogated by a multi-agency team of officials.

Besides investigating the potential recipients of the drugs in Tamil Nadu, Narcotics Control Bureau officials will also try to identify the source of the drugs in Pakistan.

Investigation of huge seizures in the past have indicated connections of drug traffickers from across the borders with terrorist organizations such as Lashkar-Taiba and Hizbul Mujahideen.

Officials said the NCB is working to dismantle the international supply chains used by drug traffickers but India’s geographic location does make this an arduous task. India is sandwiched between Golden Crescent on the northwestern frontier and Golden Triangle on the northeastern frontier.

New Delhi has been working closely with Colombo and Male, sharing and receiving information about drug trafficking.

The NCB has helped Sri Lanka, and the Maldives to effect big seizures totaling 1,500 kgs of heroin in 2019-20 alone.

Officials said they had received a message from the Sri Lankan coast guard about the boat when they were questioning the six crew members.