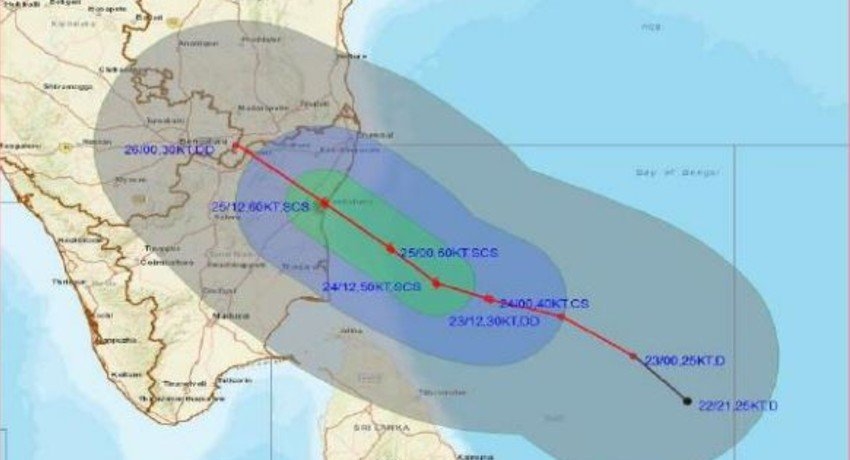 Colombo (News 1st);  The Sri Lankan Met Department has warned the low-pressure area over Bay of Bengal has become a depression and is expected to intensify further into a cyclonic storm during next 24 hours

It is likely to move northwestwards over the Eastern-Northern Sea areas towards the Northeast coast of Srilanka on 24th of November.

Under the influence of the aforementioned system, the possibility for intermittent showers or thundershowers and sudden roughness, associated with a sudden increase of wind speed up to (70-80)kmph is high over Eastern and Northern, deep and shallow sea areas during the next 24 hours.

Wind speed can increase up to (50-60) kmph at times over sea area extending from Puttalam to Matara via Colombo.

There is a possibility that nearshore sea areas off the coast extending from Mannar to Pottuvil via Kankesanthurai, Trincomalee, and Batticaloa may experience surges due to the effect of swell waves, having (2.0-3.0) m height during next few days.