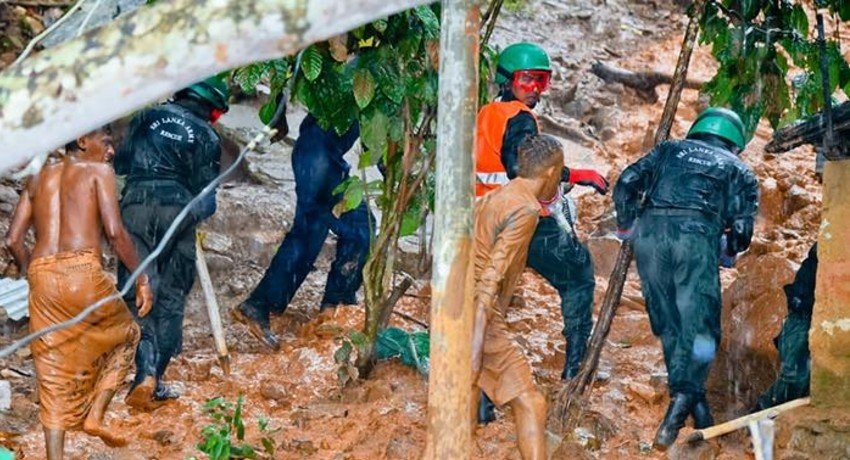 The closing was attended by Lieutenant General Shavendra Silva, Chief of Defence Staff, Commander of the Army and Head of the National Operation Centre for Prevention of COVID-19 Outbreak.

The Army personnel showcased their round the clock multi-skilled readiness through simulated worst-case scenarios.

Their adoption of emergency preparations, swift responses, passage to affected locations, communication network, administrative practices, mobilization of the respective workforce was among core modules that were visible during their mock demonstrations during the occasion.

SLACDRT in Kothmale taking stock of the need for emergency preparations has so far trained 77 Army Officers and 1221 other ranks for those tasks, in addition to training it has given to batches of the Navy, Air Force, STF, Policemen, university undergraduates, students following Masters degree, etc.

The Exercise largely focused on the application of principles and theories of disaster responses, management on rescue operations, such as water, confined spaces, landslides, rope, etc and the Exercise setting has been developed under the guidelines given by the Chief of Defence Staff and Commander of the Army under the close supervision of the General Officer Commanding, 58 Division and the Commandant, SLACDRT. It was designed to practice general search and rescue missions, water rescue missions and confined rescue missions and operational aspects and impart knowledge on UN standards for the conduct of the camp management systems in the event of disasters, etc.

Over the years, the scope of disaster responses, management & rescue has evolved as one of the most consistent and comprehensive training exercises which transfer and share invaluable military experiences on knowledge in disaster response and humanitarian assistance for the benefit of future military aspirants in the next generation. The SLACDRT Commandant was also associated with the Exercise in the Kotmale area