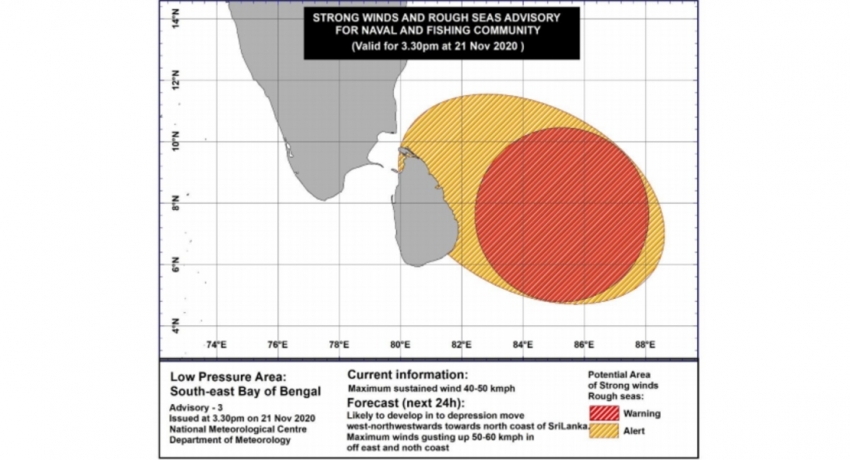 The disturbance over Southeast Bay of Bengal developed into a low-pressure area this morning (Nov. 21), and it is expected to intensify further into a depression during the next 24-48 hours, the advisory noted.

Thereby, from 23rd to the 25th of November, very heavy falls exceeding 150 mm could be expected in Northern, Eastern, and North Central provinces.

The wind speed could increase up to 40 -50 kmph at times over the island.

The Met Department advised naval and fishing communities not to venture into the Eastern and Northern sea areas from tonight. 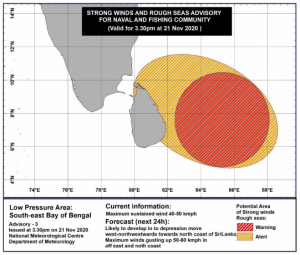