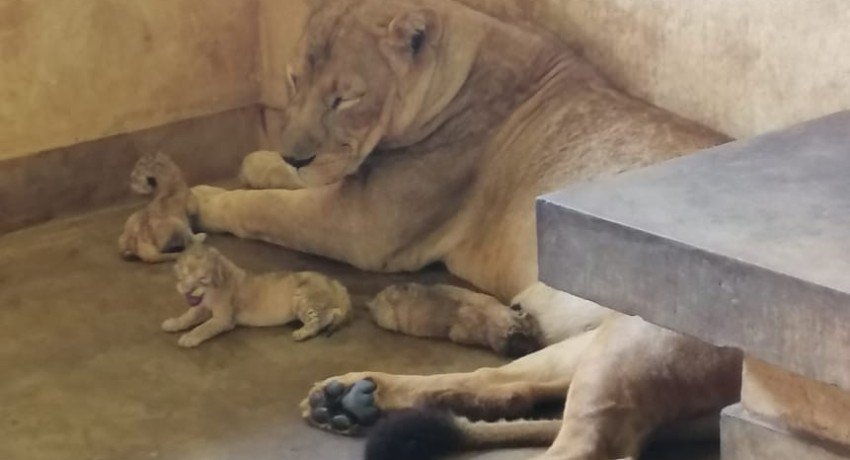 Colombo (News 1st); A lioness at the Ridiyagama Safari Park in Hambantota has given birth to three cubs.

Hemantha Samarasekara, Assistant Director of the Department of National Zoological Gardens stated the cubs were born to a 09-year-old lioness from Germany and the new cubs were in good health.

Hemantha Samarasekara said the lion population at the safari park has increased to 14.