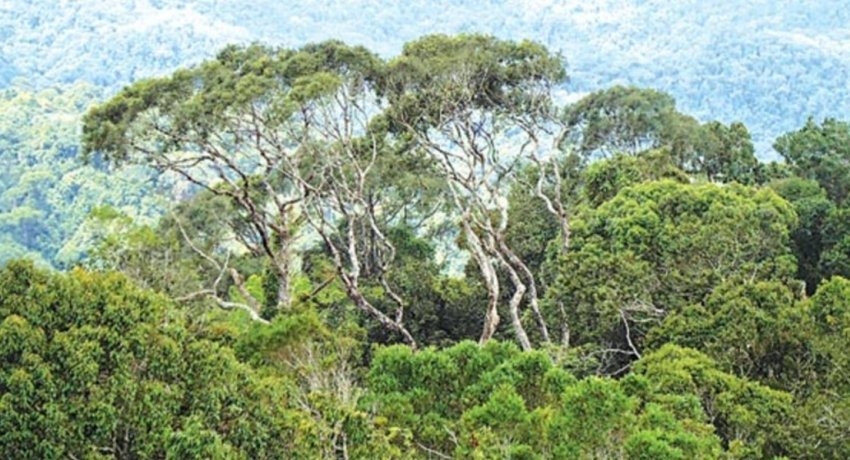 ‘Other State Forests’ not considered in Sri Lanka’s forest cover

‘Other State Forests’ not considered in Sri Lanka’s forest cover

Colombo (News 1st); Sri Lanka’s forest cover is 29.2% and ‘Other State Forests’ or OFSs were not considered as the country’s forest cover, said Bandula Harischandra the Secretary to the Ministry of Wildlife & Forest Conservation on Wednesday (11).

He went on to note the government will continue to remain as the owner of Other State Forests which are not declared under any enactment (Forest Conservation Ordinance, Fauna and Flora Protection Ordinance or the National Heritage Wilderness Areas Act), but are nevertheless forest areas that come under the purview of the Forest Conservation Department.

Circular MWFC/1/2020 issued on November 04th, 2020 will only provide the District Secretaries and Divisional Secretaries the provision to use these lands for economic and other productive purposes without causing any harm to wildlife and the forests, said the Secretary.

He went on to note there will be restrictions when enacting the circular adding it is something that would benefit the country.

It was alleged the circular was issued for the release of lands for the implementation of the MCC Agreement, and the Bandula Harischandra refuted the allegations citing there was no link with the MCC.

*What are “Other State Forests” ?*

According to the circular, if lands from “Other State Forests” are to be used for any purpose, approval needs to be obtained from a Special Review Committee.

The Divisional and District Secretaries were stripped of the power with regard to making decisions on lands, and it was vested with the Special Review Committee.

On the 02nd of July, Joint Spokesperson Minister Bandula Gunawardena announced a Cabinet proposal to transfer lands, which are considered to be ‘residual forests’, to District and Divisional Secretariats.

The proposal, notes the administration of ‘Residual Forests’ has been brought under the Department of Forest Conservation in terms of the provisions of Circular No. 05/2001.

He said the Cabinet was briefed that these provisions have resulted in a ‘long procedure’ for the use of these lands for ‘other purposes’.

It notes, in particular, Chena farmers are inconvenienced as a result of this and it also poses a barrier to economically productive purposes.

He said the Cabinet has discussed this matter and decided to request the Minister of Environment to look into this matter and prepare an ‘appropriate mechanism for vesting power in the District Secretaries to engage such lands temporarily for other purposes’.

*No such thing as Residual Forest – Env. Lawyer*

On the 02nd of July, Environmental Lawyer Jagath Gunawardena speaking to News 1st stressed there is nothing called residual forests because forests don’t have a residual area and it gives a totally mischievous connotation to the whole concept of other state forests because the moment you call it residual it means it has no value or less value in it.

*There’s already a system in place for lands for farms*

Further, the environmentalist said in 2006 a system was put in place to solve the issue of the farmer community and circular 02/2006 vests the power with Divisional Secretaries to release lands that do not have forest patches.

The circular was issued by Former Environment Secretary Jayalath Ravi Dissanayake, who said in order for lands to be released the matter should be reviewed by a special committee.

Environment Secretary at the time, Sarath Wijesinghe also shares the same thought adding the 2006 circular was put in place to control the irregular distribution of lands.

*Why the sudden need to do away with the circular?*

There are concerns being raised as to why the much important circular 05/2001 is to be terminated in its entirety.

Environmentalists allege the attempt to vest these lands with District and Divisional Secretaries is an attempt to release important forest lands to Multi-National Companies for Agricultural and Tourism purposes.