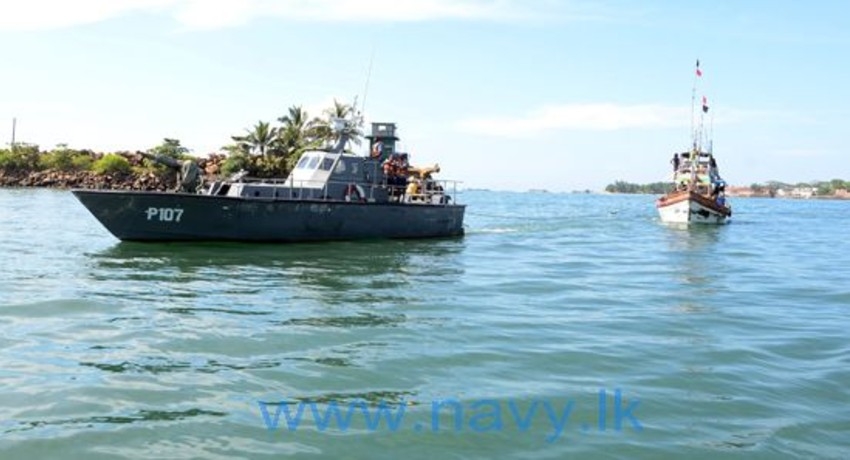 Colombo (News 1st);  The Sri Lanka Navy managed to safely bring ashore a fire-hit trawler and the fishermen aboard to Galle harbour during the weekend, having successfully doused a fire broke out aboard a multi-day fishing trawler off the southern coast.

A multi-day trawler named ‘Janath I’, (IMUL-A-0545-GLE) which had left the Ambalangoda fishing harbour, was returning ashore when a sudden fire broke out in its engine room in the seas off Koggala.

An Inshore Patrol Craft (IPC) attached to the Southern Naval Command patrolling the area observed the fire on the multi-day trawler and it was pressed into action to contain the fire.

Further, a Fast Attack Craft (FAC) was also rushed to the location from the Galle harbour to augment the fire extinguishing efforts.

Accordingly, the naval personnel of the Fast Attack Craft and Inshore Patrol Craft managed to successfully douse the fire.

Further, no fisherman onboard the multi-day trawler was injured in the incident and the vessel along with the crew were brought safely to the Galle fishing harbour by the Navy.

In view of the prevailing COVD-19 concern, the Navy carried out this disaster relief operation adhering to safety and health guidelines.