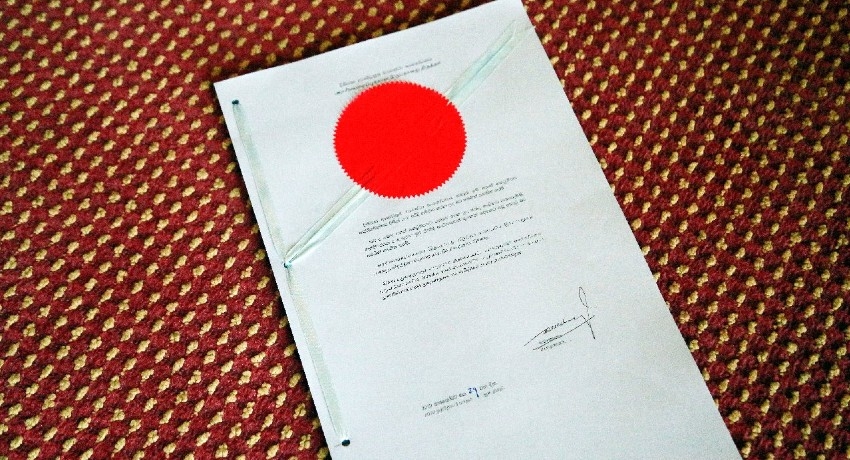 Colombo (News 1st);  Speaker of Parliament Mahinda Yapa Abeywardena assented to the Bill entitled “20th Amendment to the Constitution” on Thursday (29) at his office.

Neil Iddawala, the Chief of Staff & Deputy Secretary-General of Parliament said it becomes the Law of the country from this moment.

Therefore, the existence of the “Constitutional Council’ is abolished forthwith and all provisions of the act (Law) are now in operation