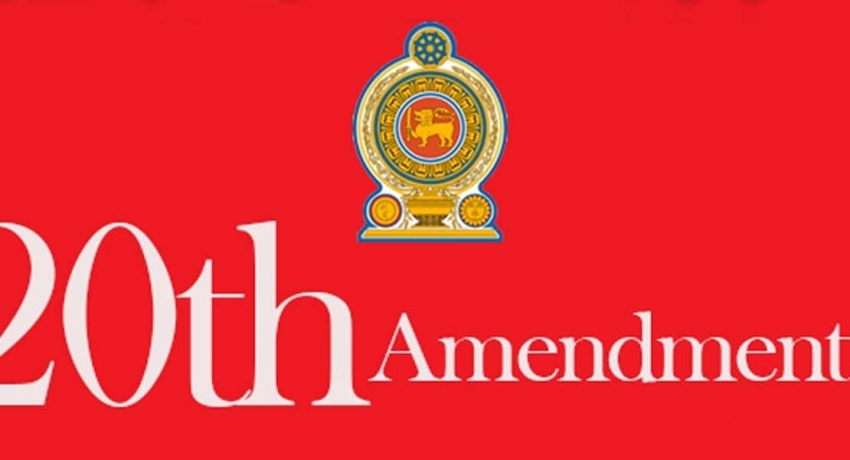 Supreme Court’s decision on 20A will be submitted to parliament tomorrow.

Supreme Court’s decision on 20A will be submitted to parliament tomorrow.

COLOMBO (News 1st): The Supreme Courts’ decision on the 20th Amendment will be submitted to parliament tomorrow.

The debate of the second reading of the draft amendment has been confirmed to take place on the 21st and 22nd of this month.

Meanwhile, a huge opposition has arisen against the 20th amendment.

Chief opposition whip of Parliament Lakshman Kiriella has addressed a letter to the Speaker requesting the debate on the 20th amendment to the constitution be postponed.

He pointed out that the parliament has to be limited under the new health guidelines recently introduced by the government.

He also reminded the speaker that the Seating allocations of MPs in Parliament are in violation of the gazetted rules and it is illegal under the said regulations to hold parliament when the sessions have been limited.

He further pointed out that it does not set a virtuous example for the country if the legislature of the country does not abide by the law of the land.

Lakshman Kiriella also requested the speaker to take steps to postpone the debate regarding the 20th amendment and to provide an opportunity to discuss the said facts at the upcoming Parliamentary session held abiding by the given health guidelines.

Chief Government Whip Minister Johnston Fernando however stated to media that since parliamentary sessions and debates have been taking place already under health guidelines, the Parliament can continue to convene and make decisions.