COLOMBO (News1st): A tense situation arose opposite the recently-demolished assembly hall of King Buwanekabahu when a group attempted to visit the site on Thursday.

A group of individuals including Janatha Vimukthi Peramuna member Namal Karunaratne and some monks had attempted to inspect the location.

However, the police had obtained an order from the Kurunegala Magistrate’s Court preventing the move.

A group of individuals supporting the Kurunegala Mayor, who is facing accusations over the demolition, booed at the group including Karunarathne demanding them to vacate the area.

“We were shown a court order issued against a protest. However, we had not organized a protest at that location,” Karunarathne, a JVP provincial councillor noted.

He urged the government to draw its attention towards this matter.

“While the individuals responsible for this destruction are out at large, the law is being implemented against us for attempting to visit this,” Karunaratne pointed out.

He said that the remaining portion of the archaeological site is facing a risk of being destroyed. 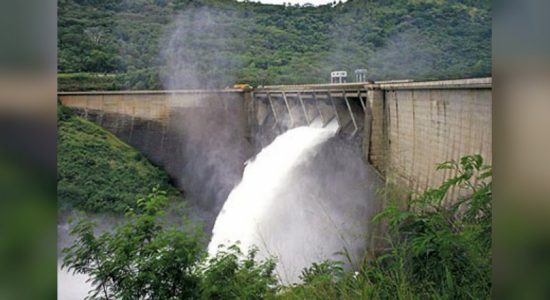