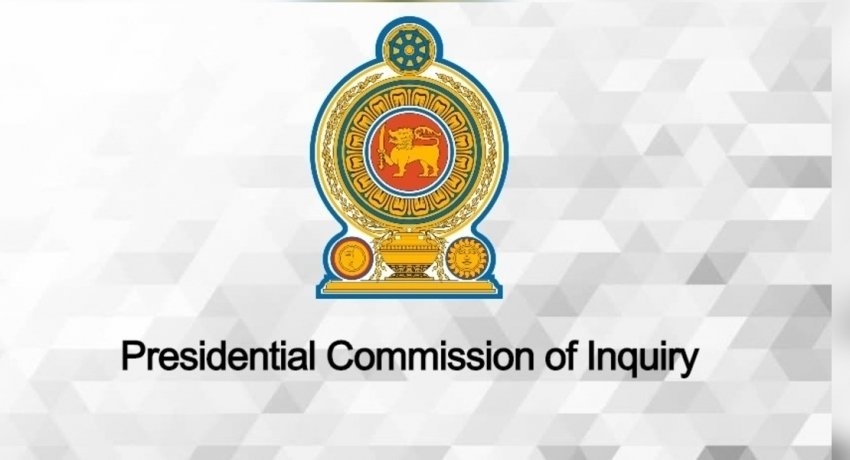 The Former Minister testified for the first time at the Presidential Commission of Inquiry appointed to probe the 2019 April 21st Attacks on Monday (12).

The absence of a Full-Time Minister of Law & order, the 52-Day Political Crisis of 2018, complications resulting in the statements made by Namal Kumara, and the arrest of the Head of the Police Terrorist Investigations Division were among the reasons which led to the 2019 Terror Attacks, said Madduma Bandara.

He further said a rift between the then President & Prime Minister, failure to arrest criminals as promised as well the members of the Cabinet of Ministers obstructing such processes, also led to the events.

Ranjith Madduma Bandara went on to note, even though the policies of Good Governance were on a positive position, the shortcomings of those vested with the task of implementing those policies led to the failure of implementation.

Former Minister of Law & Order Ranjith Madduma Bandara on Monday (12) further said internal conflicts in Sri Lanka Police took a worse turn at the time and it too was a reason which led to the 2019 April 21st Attacks.

One of the main reasons for issues to arise between the then President and the Prime Minister was the Bond Scam said the Ex-Minister.

Due to these issues, there were conflicts within the government in every aspect, he said.

When questioned by the Presidential Commission, the Ex-Minister said even though the Head of State Intelligence had directed 09 separate intelligence information on Zaharan to then IGP Pujith Jayasundara, as the Law & Order Minister at the time, he never received any such information.

The Ex-Minister said if he was made aware of such intelligence the 2019 attacks could have been prevented at an early stage.

Following the attacks, the Ex-Minister said he summoned his security officers, and these officers claimed they were given an early warning of the attacks.

The Ex-Minister said he reprimanded his security officers for failing to update him on the information provided to them.

Ranjitha Madduma Badara went on to note there is a grave concern as to why the VIP Security Officers who were given an early warning of the attacks, failed to inform the respective Ministers.