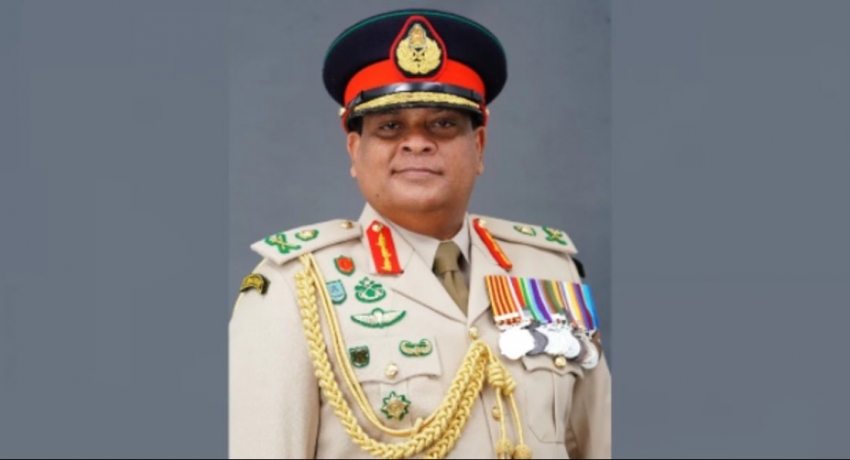 Colombo (News 1st); Lieutenant General Shavendra Silva, Commander of the Army in his message on the 71st Army Anniversary & Army Day (10 October) underlined the need for All Ranks to acquire tactical and technical competencies further in every relevant field and develop a positive attitude in their future journey.

THE MESSAGE OF THE COMMANDER OF THE ARMY

The Sri Lanka Army; the ‘Defender of the Nation and its People’ today, passes the 71stmilestone of its victorious journey in safeguarding the unity, sovereignty and territorial integrity of mother Sri Lanka. I, as the Chief of Defence Staff and the 23rdCommander of the Army, take the pride in passing this congratulatory message with wishes in this ecstatic moment.

Since its inception, the Sri Lanka Army has been the frontier force in safeguarding the motherland from multifaceted threats, challenges, and vulnerabilities. The people of Sri Lanka have indelible respect and faith on the Sri Lanka Army knowing that the freedom they enjoy today is a result of selfless scarification made by the great men and women of the Sri Lanka Army. Every member who served, and is serving in this prestigious organisation is a partner of that noble cause. It is the prime obligation of the present generation and generations to come to pay due respect for their great ventures by committing to defend the enduring peace in the motherland.

I would take this opportunity to pay my honour and respect for all the past Army Commanders, Officers, Other Ranks and Civil Staff for the relentless contribution they rendered during the legendary journey of the Sri Lanka Army from 10thOctober 1949 to date. In addition, I pay my tribute to the beloved family members of the Sri Lanka Army personnel, for the great scarification they make at the home fronts in support of this venture.

I would like to place my heartiest gratitude upon the commitment of the Sri Lanka Army during the recent unprecedented mishaps such as extremism, natural disasters, and emergencies, especially the novel threat COVID 19 pandemic. It is with pride, I pay my special tribute to all Officers and Other Ranks who served with utmost commitment and dedication to protect the people, in the face of danger emerged with the present epidemic situation. Today, the entire nation and the Sri Lankans abroad have greatly appreciated the selfless contributions made by the Army personnel during this trying condition despite various hardships. I would also commend our great people who endured the difficulties and fully supported the Army in discharging its duties to curb the deadly pandemic.

I would like to commend the tremendous task rendered by the troops deployed in UN Peacekeeping Missions keeping the Sri Lankan Flag high among UN force contributing countries as a competent and disciplined force. The Sri Lanka Army as a part of national response apparatus, the proficiencies portrayed in multidiscipline, and the compatibility in dealing with the other organisations, partners and people, during the past security scenarios are touchstones of a highly professional Army. I wish these attributes would be preserved and further nurtured in the future.

As a professional Army, it is pertinent the members of the Sri Lanka Army to acquire further tactical and technical competencies in every relevant field and develop a positive attitude in the future journey. With the prospects of the Sri Lanka Army abreast with modern technologies, the necessary transformations in systems, concepts, and training are underway by now. With this, our future engagements will be attributed by advanced equipment, digital platforms, and modern outfits. This advancement will be underpinned by new strategic concepts and doctrine. This effort endeavours to make effective, efficient, and competent members of the Sri Lanka Army who are ready to serve the country with pride and dignity.

Today, we should be proud of ourselves for enabling a conducive environment for economic and cultural advancement as a nation where the peace and harmony between ethnicities prevail, the coexistence of religions is endured and ‘Sri Lankan Nationality’ is promoted. As a responsible Armed Force and an organisation of substantial human and equipment resource, it is our prime duty to partner and contribute to the national prosperity. Therefore, I expect all members of the Sri Lanka Army will actively and effectively contribute to these endeavours such as ‘Thuru Mithuru Nawa Ratak.’

As at today, the Sri Lanka Army has taken a new approach in its journey focusing on ‘Protection and Development of the Country, Protection of Citizenry of the Country, Development of Sri Lanka Army and Wellbeing of the Member Community.’ Programmes and initiatives are in place to uplift the basic needs of the members, infrastructure, welfare, training, sports and recreation facilities. Special programmes have been initiated to ensure the wellbeing of the retired and injured members of the Sri Lanka Army. These programmes will also encompass looking after the family members of our Fallen War Heroes. It must be specially mentioned that the Army has taken measures, under the direction of His Excellency the President and abreast with the government’s policies to ensure that differently-abled war heroes are well taken care of in recognition of their incomparable sacrifices for the nation.

I pay my gratitude for the victories achieved in the field of sports by the members of the Sri Lanka Army during the past 71 years. The Sri Lanka Army has started a new initiative to uplift the sports facilities of the members, which is conducive for improvement of performances to be in par with the national and international level. I would encourage the members of the Sri Lanka Army to contribute and work hard in uplifting the sports in the Army. Furthermore, the Army will provide necessary backing as well as sports facilities and equipment available in the Army for all sportsmen and women not limiting to the Army itself but to the civil sector including school children.

I pray for all the Great Fallen War Heroes of Sri Lanka Army who made the eternal sacrifice for the peace of the motherland, may attain the supreme bliss of Nibbana and wish a prosperous future for their beloved family members. Further, I wish a quick recovery for the members of the Sri Lanka Army who were injured during the tour of duty and may their beloved ones be happy and prosper in future. May the Serving and Retired Officers, Other Ranks and Civil Staff, including their family members and well-wishers be blessed with good health, wealth, and happiness in time to come.

Finally, I congratulate and pay my profound gratitude for the untiring effort taken by all the members of Sri Lanka Army, with an earnest aspiration that Officers, Other Ranks and Civil Staff of the Sri Lanka Army would continue to render their much-valued service to the nation shouldering the responsibilities, duties and obligations as the ‘Defender of the Nation and its People’ in future endeavours.