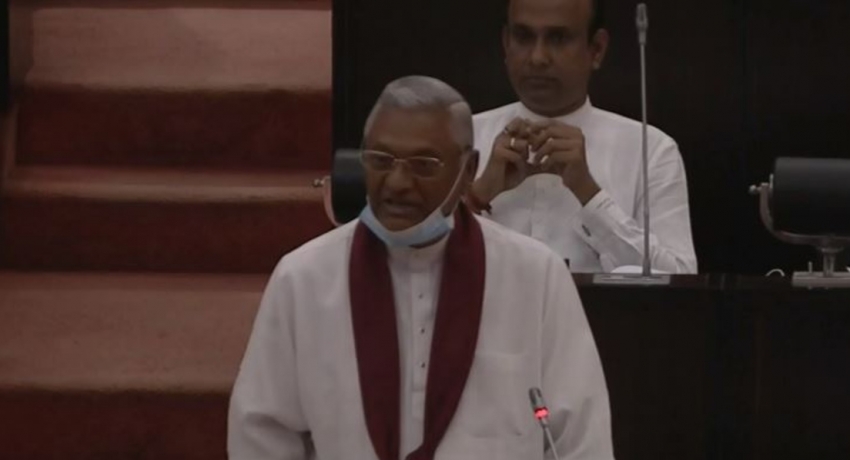 Rishad’s brother was released as he was not linked to the events; State Minister

Rishad’s brother was released as he was not linked to the events; State Minister

Colombo (News 1st); State Minister of Internal Security Chamal Rajapaksa said the comment made by the Police Spokesperson on the brother of Ex-Minister Rishad Bathiudeen, was incomprehensible.

In response to a question posed by SJB Member of Parliament Chaminda Wijesiri on the 2019 April Attacks, the State Minister said the Ex-Minister’s brother was released as it was confirmed during interrogation he was not liked to the attacks.

However, the State Minister said it does not mean the said individual is innocent, adding further investigations are underway on the events.

The State Minister also hinted that several others would likely be arrested in the future.

Commenting on the Police Spokespersons statements on the Ex-Minister’s brother, the State Minister said the comments should have been made after the conclusion of the investigation.

“They want to put up a show in the presence of the media, just like politicians. We will look into that as well,” said the State Minister.