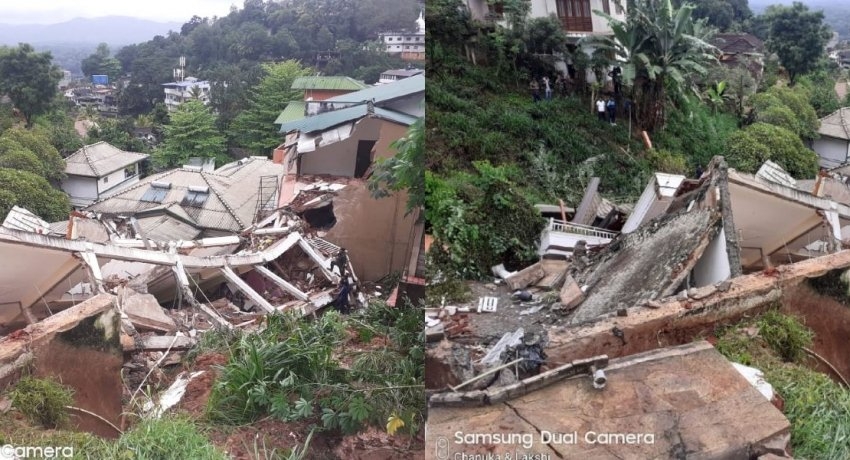 Colombo (News 1st);  A Special Police team was assigned to investigate if necessary approvals were obtained for the construction of the five-storied building in Buwelikada, Kandy which collapsed on Sunday (20) killing a family of three.

The Special Team of Officers were assigned on the instructions of Kandy SSP Sudath Masinghe, announced Sri Lanka Police.

Initial investigations revealed certain sections of the building were constructed in violation of the approval granted by the relevant institutions, said SSP Sudath Masinghe.

If it is proven the building was constructed without in a manner which did not meet the accepted standards, criminal charges will be filed against those responsible to institute legal action, warned the Senior Poice Officer.

The National Building Research Organization said the construction of a building on top of a loose or soft soil layer was cause for Sunday’s (20) tragedy in Buwelikda, Kandy.

NBRO officer Samantha Bogahapitiya after investigating the incident said the soil layer was unable to bear the weight of the five-storied building, which eventually resulted in the collapse during the early hours of Sunday.

The National Building Research Organisation said the five-storied building, which caved-in and collapsed in Buwelikada, Kandy yesterday was built blocking a valley path.

Following Sunday’s tragedy, Central Province Governor Lalith U. Gamage appointed a committee of experts to inspect all buildings in the Kandy Municipal area which are suspected to have been constructed in an improper manner.