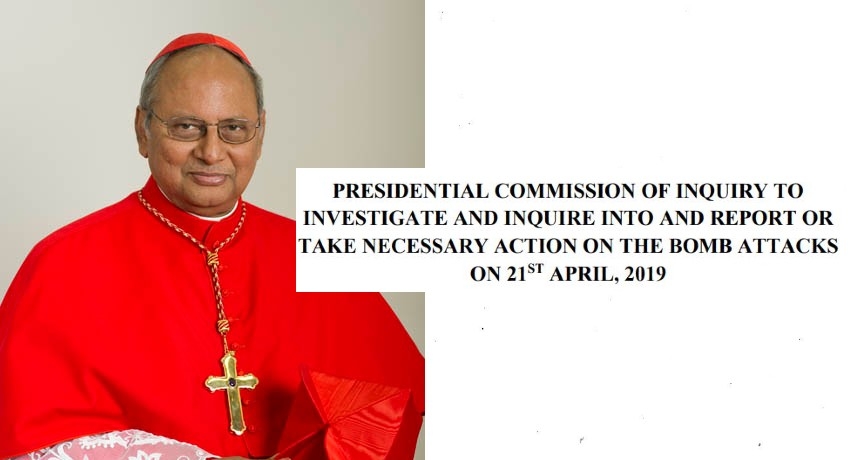 Colombo (News 1st);  His Eminence Malcolm Cardinal Ranjith, the Archbishop of Colombo said he is pleased with the operations of the Presidential Commission of Inquiry appointed to probe the 2019 April 21st Attacks and believes justice will be served.

“I would make a comment only after the report of the Presidential Commission of Inquiry is made public,” said the Archbishop of Colombo.