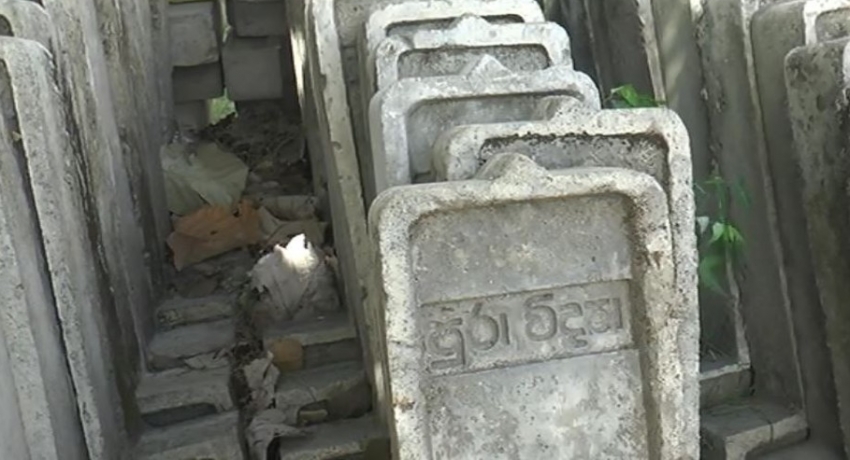 Colombo (News 1st);  Venerable Ampitiye Sumanarathana Thero of the Sri Mangalarama Viharaya, Batticaloa claims the excavations and demarcations of a site with archaeological importance in Chenkaladi, Batticaloa has been delayed.

Visiting the said site, the Venerable Thero strongly criticized the officials from the Department of Archaeology present there.

The site is located in the Pankudawelia Grama Seva Division in Chenkaladi and a hoarding erected at the site claims it is the property of the Department of Archaeology.

However, Venerable Ampitiye Sumanarathana Thero claims as the Archaeology Officers had failed to demarcate the premises, the site of archaeological importance had been taken over by force for cultivation purposes.

The Thero also occupied the temporary office of the Department of Archaeology set up at the site while forcibly detaining several officers, and demanded the responsible officers be present to solve the issue.

Even after Sri Lanka Police arrived at the location to ease tensions, the situation did not calm down.

Tensions at the premises only boiled down after a promise was made to commence the initial process of demarcation within a week to issue a gazette declaring it an archaeologically important site.