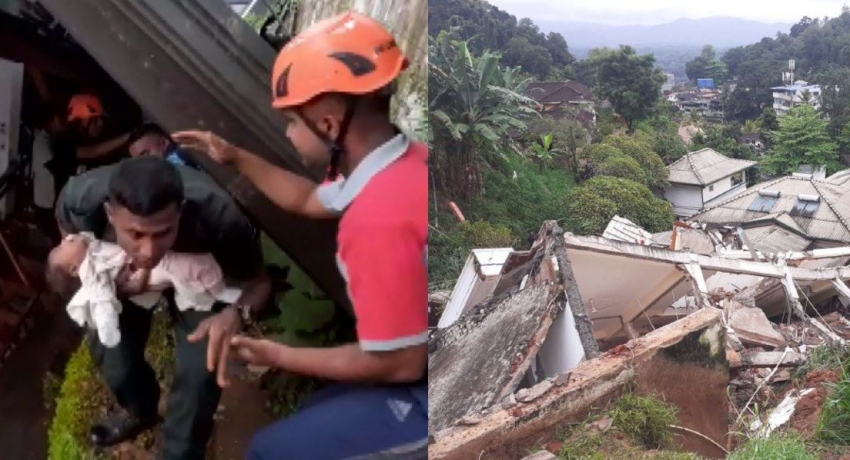 The incident took place at around 05 AM on Sunday Morning, said Sri Lanka Police.

The infant was rescued earlier on Sunday following the Kandy building collapse, and later died upon admission to hospital, said the Director of the Kandy General Hospital.

Director of the Kandy National Hospital, Dr. Samantha Rathnayake said medical personnel made great attempts to resuscitate the child who was almost 02 months old, however, after half an hour the infant was ruled dead.

The infant was among the three people who were rescued by Search and Rescue personnel following the collapse of a five-stories building in Buwelikada, Kandy.

Dramatic scenes unfolded at the location as Search and Rescue Personnel including the Sri Lanka Army and Police searched through the debris to locate several missing people on Sunday morning.

Assistant Director of the Disaster Management Centre in the Kandy District Indika Ranaweera speaking to News 1s said the building collapsed on to a nearby house.

” We were sleeping and I heard a loud noise at around 05:00 AM. Then the rubble fell on me and I screamed for help. Thereafter, several of us managed to climb down using a rope after breaking through a window,” said one of the survivors to News 1st.