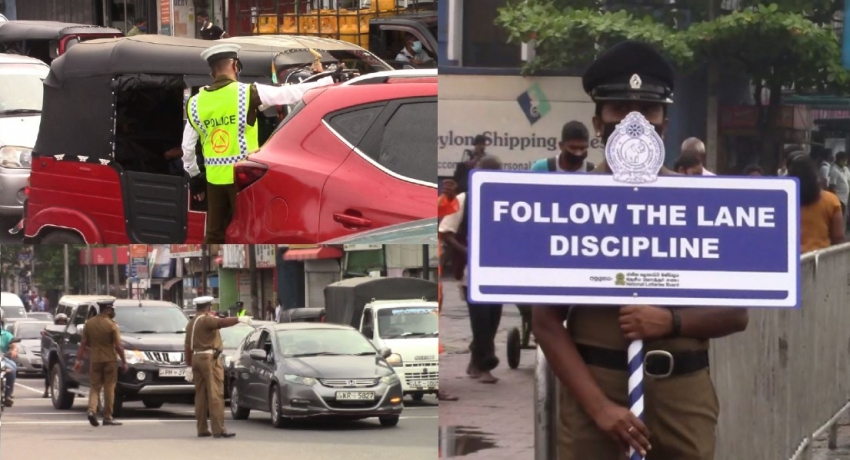 Colombo (News 1st); Motorcyclists and Three-wheeler drivers who fail to comply with the new Lane Rules, will be disciplined by conducting classes for them at the Police Jurisdiction level, said Senior DIG Deshabandu Tennakoon.

Sri Lanka Police has launched a special program to implement the lane rules in the Western Province from Monday (14th September).

Accordingly, the lane rules will be in effect from 06.00 a.m. to 10.00 a.m. on 14th to 16th September 2020 under the directions of the Western Province Senior Deputy Inspector General of Police (Motor Traffic).

No traffic fines will be imposed from the 14th to the 16th, added the Senior DIG.

Sri Lanka Police will evaluate the progress of the program to implement the lane rules in the Western Province after the 16th and any shortcoming would be addressed, he said.

Senior DIG Deshabandu Tennakoon said a grace period will be given to drivers and riders to adapt to the new Lane Law, and thereafter the Traffic Rules and Regulations will be strictly enforced.