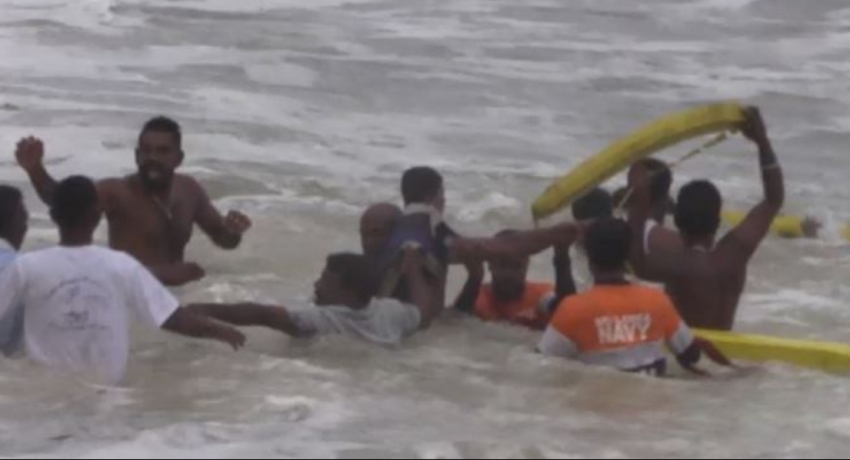 Colombo (News 1st); Two fishermen were forced to hang on to an overturned boat for almost 04 hours until the Sri Lanka Navy arrived as fishermen ashore refused to set out to sea and rescue them due to rough sea and inclement weather.

The two men aged 55 & 45, were returning to shore after setting out to sea from Kalutara North when their boat overturned just two kilometers away from the beach, on Wednesday (09) morning.

“They were 08 to 09 nautical miles from shore and were provided with all the safety equipment. Due to rough seas and bad weather we instructed them to head to Beruwala. But they decided to come here instead and the boat overturned due to a sudden strong wave, ” said the owner the boat.

The incident took place at 07 AM and Sri Lanka Police were on the scene immediately and appealed from the fishermen who were ashore to set out to sea and rescue the distressed men.

However, the fisherfolk ashore refused to do so citing the inability to maneuver their boats in such bad weather.