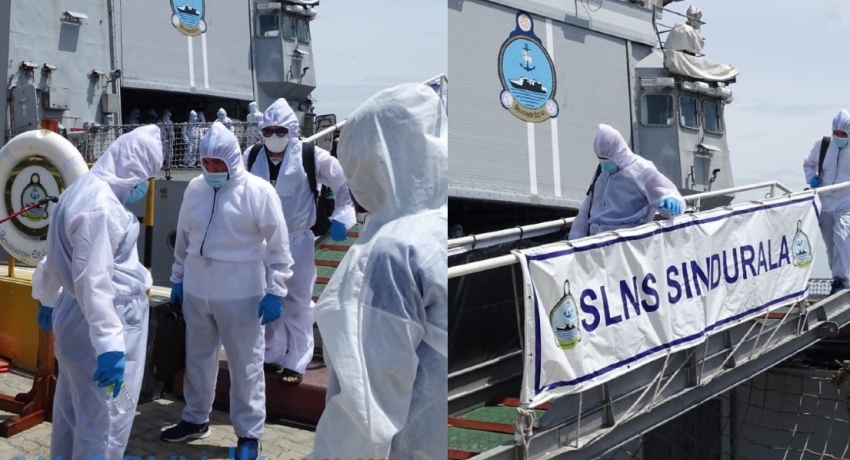 MT New Diamond Crew transferred to Hambantota Port, will be quarantined in Galle

MT New Diamond Crew transferred to Hambantota Port, will be quarantined in Galle

Colombo (News 1st); 20 crew members of the distressed Crude Oil Tanker, the MT New Diamond, were taken to the Hambantota International Port by the SLNS Sindurala of the Sri Lanka Navy.

Navy Spokesperson Captain Indika De Silva speaking to News 1st said after the crew was rescued from the distressed Super Tanker, they were accommodated aboard the SLNS Sindurala.

Upon arrival at the Hambantota Port, the crew will be taken to Galle to undergo Quarantine, said the Navy Spokesperson.