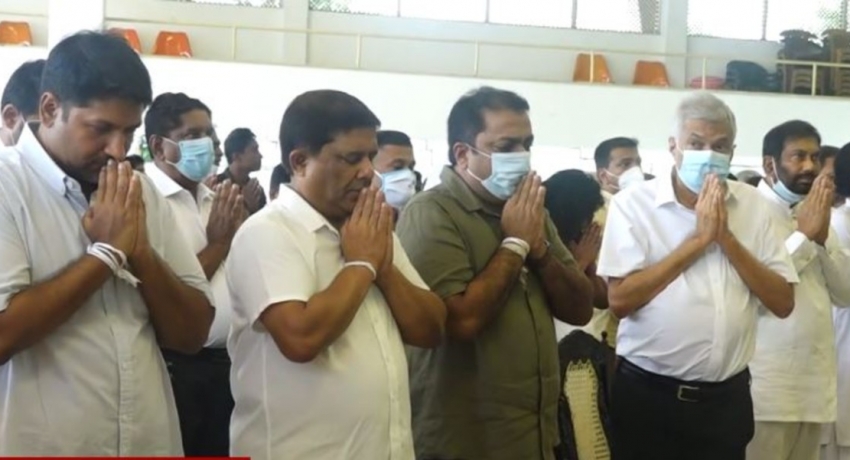 COLOMBO (News 1st): The 74th anniversary of the United National Party was celebrated at Sirikotha today.

The event was attended by several factions including party leader Ranil Wickremesinghe.

The media was not invited to cover the event.

Speaking to media following the event Former UNP MP Arjuna Ranatunga said at present, leader of the party Ranil Wickremesinghe is the most talented person to enter parliament.

“Although he is not keen to enter parliament, he is the most knowledgeable in terms of the laws and new constitutional amendments,” Former UNP MP added.

When journalists questioned if Ranil Wickremesinghe will enter parliament, Arjuna Ranathunge said that the party leader has not agreed to a request made by party members.

Speaking to journalists following the event Former UNP MP Ruwan Wijewardena said a decision regarding the party leadership will be reached within this week.

When questioned further the Former UNP MP added that if the need arises, he is ready to lead the party.

“If I am to enter parliament, I want to be elected to parliament, with the votes of my people,” former MP Ruwan Wijewardena said.