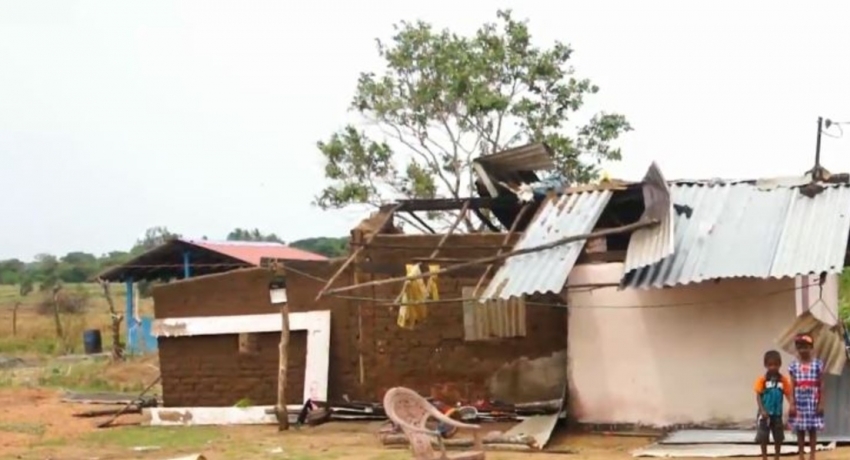 Colombo (News 1st); Gale winds damaged 112 houses and 37 business establishments across many areas in the country.

37 business premises and 04 houses were damaged by gale winds on Tuesday (01) evening, injuring two people who were admitted to the Hambantota Hospital for treatment.

16 other houses were damaged by strong winds accompanied by heavy rain on Monday (30) in Demodara, Ella.

The occupants of these houses were moved to their relatives’ houses.

Uprooted trees also interrupted the supply of power in the respective areas.

One woman died following a lightning strike in Minneriya on Monday (30) and Sri Lanka Police said she was tending to her field at the time of the incident.

27 Dairy Cows also died from a lightning strike in Batticaloa and the bodies were buried with the assistance of the Sri Lanka Navy.