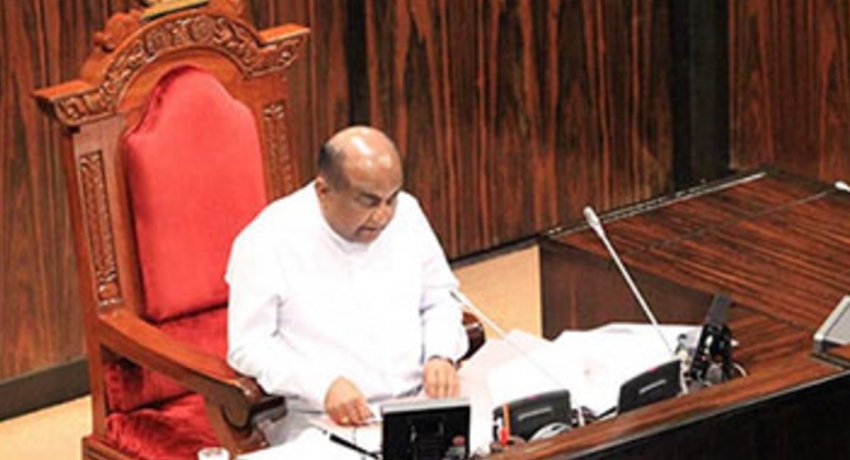 COLOMBO (News1st): The parliament speaker has said a presidential commission cannot summon members of the Committee on Public Enterprises (COPE) without his permission.

On Thursday, opposition lawmaker Anura Kumara Dissanayake raised a question in Parliament whether the speaker’s approval was obtained to summon Sunil Handunetti, the former COPE Chairman.

“We have not been notified on this matter,” speaker Mahinda Yapa Abeywardana said.

Handunnetti had been summoned to the presidential commission probing political victimization, over the COPE’s investigations into Batticaloa Campus Pvt. Ltd.

Meanwhile, opposition leader Sajith Premadasa requested the government to offer the post of chairman in COPE and the Committee on Public Accounts (COPA), to the opposition.

“I wish to ask whether this government will follow this convention in line with the traditions of the British Parliament,” Premadasa queried.

He pointed out that the former government had adhered to this tradition.

However, minister Bandula Gunawardana said the former government had appointed government lawmaker M.A Sumanthiran to chair the Committee on Public Finance under their administration.

Prime Minister Mahinda Rajapaksa said the chairman must be chosen by the members in those committees.