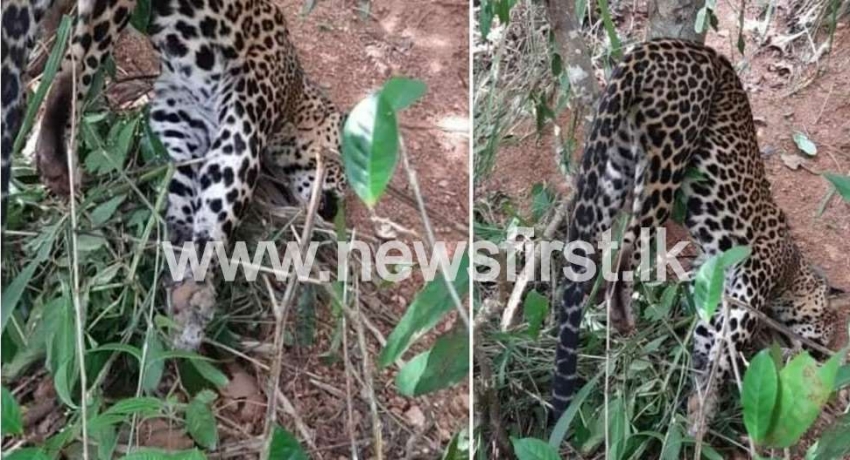 Colombo (News 1st); A leopard was found dead trapped in a snare inside a private property, reportedly abandoned, in Ambagastenna, Doluwa in Gampola.

According to the Department of Wildlife Conservation’s Facebook Page, its personnel were dispatched to the scene moment after receiving information about the leopard, however the Leopard was already dead when they arrived.

The Department of Wildlife Conservation is conducting an investigation and calls on the general public to provide them with information on traps and snares via the hotline 1992.