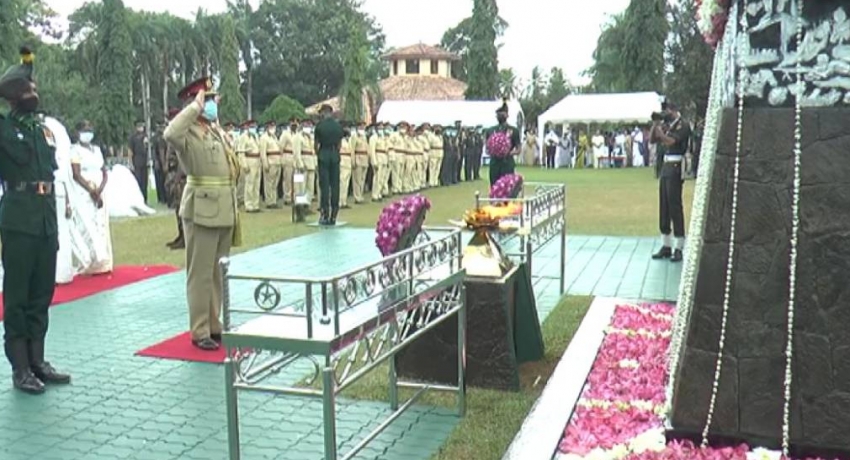 COLOMBO (News1st): The annual event to remember fallen war heroes of the Army’s Sinha Regiment was held at its headquarters in Ambepussa on Saturday.

Army commander Shavendra Silva paid tribute to the war heroes memorial, as families of the fallen personnel paid floral tributes during the occasion.

“144 army officers and 3720 officers of other ranks in this great regiment sacrificed their lives for our future,” Silva, a lieutenant general said during his address.

“I take this opportunity to pray for the fallen officers attached to the tri-forces, police and other units.”

The army commander stressed that President Gotabaya Rajapaksa, who served as defence chief during the war, will not forget the brave heroes.