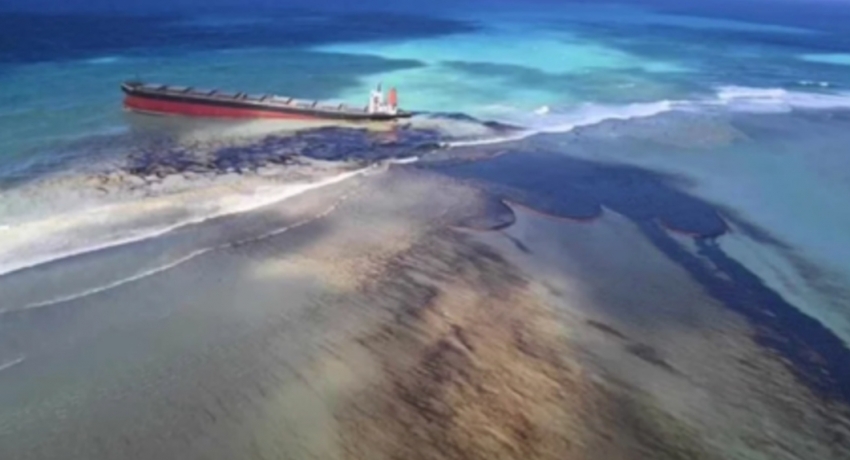 COLOMBO (News 1st): Mauritius Police Force arrested 19 people, including a Sri Lankan, who served as the second captain of the fuel tanker ship that crashed into a coral reef near the island of Mauritius, Sri Lanka’s Foreign Ministry said.

Discussions were initiated with the respective authorities in Mauritius with regard to the release of the Sri Lankan, a spokesperson for Sri Lanka’s Ministry of Foreign Affairs said on Thursday (Aug 20).

According to foreign media reports, 16 Filipinos and two Indians were also among the arrested.

Most of the oil on board was pumped out before the ship broke apart at the weekend but nearly 1,000 tonnes leaked into the sea causing damage to the rich marine ecosystem.